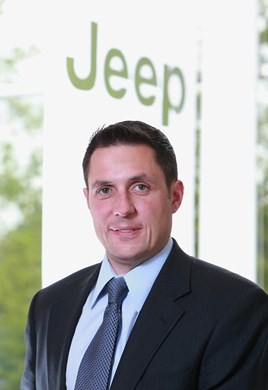 Zanlunghi, an Australian national, joined FCA in 1997 working in Chrysler’s Customer Center, before being appointed to a number of senior executive positions across the United States and Europe.

He was named FCA UK’s Managing Director in July 2012, while at the same time being appointed Chairman of FCA Ireland, overseeing a period of unrivalled growth for the company in the region.

In February 2015, Zanlunghi was named head of Jeep brand – Europe, Middle East and Africa. In this role, he developed the EMEA regional Jeep brand strategy, including product, sales, marketing and network development, while maintaining his responsibility for the UK and Irish markets.

Mike Manley, FCA’s Asia Pacific chief operating officer, said: “I’m delighted to be making this announcement, as it further strengthens our team and sees one of our senior executives appointed to lead a key market for us.”

The responsibility for the UK Market will be the subject of a future announcement.