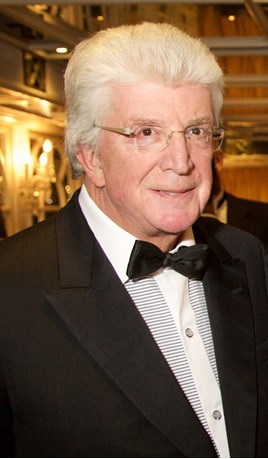 He spent more than 40 years in the vehicle rental and leasing industry, starting at Godfrey Davis in the 1960s. Leigh was inducted into the Fleet News Hall of Fame in 2009.

Throughout the 1970s and 80s, Leigh worked for Swan National Rentals, overseeing the rebrand to EuroDollar, the management buyout that took the company out of TSB ownership and the listing of the company on the London Stock Exchange.

Following the sale of EuroDollar to Republic Industries, Leigh led the integration of EuroDollar and Alamo in UK and the rebranding to National Car Rental. By 2000 he was appointed Senior Vice President Pan-Europe of National, and by the end of the decade (after another period of acquisition) he was Chairman of Europcar.

Following his retirement in 2011 he served as a non-executive director of Nexus for two years. His most recent role was as Director of the Trak Global Group, a leading telematics solutions company. He also served as Vice President of BEN, the automotive industry charity.

BVRLA chief executive Gerry Keaney said: “The BVRLA was deeply saddened to learn that John and Peter have passed away. Their huge contributions to the rental and leasing industry have been well publicised, and we are immensely grateful for the experience and enthusiasm they brought to the association. Both of them were larger-than-life characters who will be sorely missed. We send our heartfelt condolences to their families.”