Women in the fleet industry are being urged to enter an award being held in the UK for the first time.

The Barbara Cox Woman of the Year Award is organised by Cox Automotive UK and named after a director of its US parent company Cox Enterprises. The award will recognise a woman who shares, “the traits and accomplishments of its namesake”.

The winner will be “a leader, manager or upcoming talent in the automotive sector, who has shown a commitment to innovation, leadership, or community over the past 12 months”.

The winner will be announced on March 8 at a ‘Women With Drive’ event to celebrate International Women’s Day. 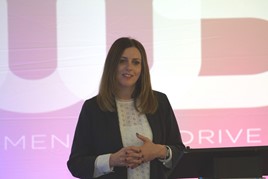 As well as the award, they will receive £5,000 to spend on their own personal development.

Fisher (pictured) said: “Although the motor industry is undoubtedly still a male-dominated sector, there are many businesses working hard to encourage more female talent to enter the sector.”

“The Barbara Cox Woman of the Year award is part of our successful ‘Women With Drive’ programme, which offers professional and personal development, peer-to-peer mentoring and networking opportunities.”

Nominations for the award are invited from across the automotive industry, and should be entered by the end of January 2019 at womenwithdrive.co.uk/barbara-cox-award

How is female representation changing the fleet sector? An International Women’s Day special

As we celebrate International Women’s Day today (March 8), Sarah Tooze looks at how female representation is changing in the fleet sector.

7 steps to a successful fleet career, according to female fleet professionals

Female fleet professionals have shared advice and provided their seven top tips on how to get ahead in fleet.

BT Fleet Solutions has held an open day to boost the number of girls considering a career in engineering.