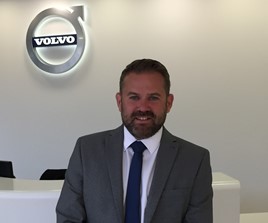 Volvo Car UK has appointed its head of fleet and remarketing Steve Beattie to a new retail-focused role as head of sales delivery.

He joined the Swedish brand in 2017, from Vauxhall, and oversaw a boom in true fleet sales, ending 2019 with a 20% year-on-year increase in volumes.

Beattie’s new role sees him take responsibility for everything the brand sells thorugh its retail network, from cars and parts to service hours; but not fleet. The role was created as part of a restructure of Volvo Car UK’s leadership team.

“I’ve been in fleet for nine years, so I’m looking forward to new challenges,” he told Fleet News.

The brand is currently on the hunt for a new head of fleet and remarketing, with Beattie remaining responsible for both roles until a new candidate is found.

Volvo’s fleet strategy for 2020 was to continue its drive on SMEs, continue to expand into large corporates and to make sure it continued its buyback mix on rental at 90%, to protect residuals.

In the months following the closure of dealerships due to Coronavirus, Beattie said fleet sales were recovering at a slower pace than retail.

“This will be against at market that is likely to be 35% down,” he added. “Our goal is to stay ahead of the market.”

2020 saw the introduction of plug-in hybrid engines across the entire Volvo model range, alongside the removal of diesel on some versions.

“We lend ourselves to middle managers or perk drivers, that’s our bread and butter now, we aren’t going to be doing cars for the sales exec or engineers that might have gone for the older Volvo products,” Beattie said.

While the brand has lost traction in certain parts of the market, especially with the removal of the diesel S90 and V40, Beattie is confident that models like the XC40 T4 and T5 plug-in hybrids and the new XC60 T6 plug-in hybrid will continue to attract new customers to the brand.