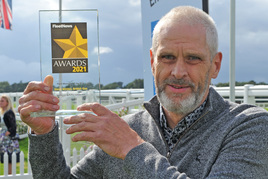 Former Fleet News fleet manager of the year and head of fleet at British Gas, Steve Winter, has announced his departure from Centrica.

Winter, who succeeded Colin Marriot as head of fleet at the utility company in 2017, has been a trailblazer in terms of the electrification of large swathes of the British Gas fleet.

With an electric vehicle (EV) only target of its 11,000-strong fleet by 2025, British Gas signed a deal with Vauxhall for 2,000 Vivaro-e electric vans in February last year, which followed an earlier order for 1,000 electric vans from the manufacturer.

Earlier this year, he also called for a fleet charging network to ensure the efficient operation of the increasing volumes of EVs operated by businesses.

Business drivers, he said, should be able to make timed appointments at charge points.

He also told Fleet News last year, how he was working on a succession plan to ensure a smooth transition to the next incumbent.

Winter wrote on LinkedIn: “After 15 great years, I have decided the time is right for me to leave.

“Our small fleet team have achieved a great deal over the years, and I am extremely proud of James, Mark, Jon, Michelle and Matt.

“Our suppliers have been brilliant and the relationships we have built has delivered fantastic results. Many thanks to all of you.”

Winter says he is still planning what to do next, but he will be visiting his brother and his family in New Zealand.

He added: “The last couple of years has brought many challenges most completely unplanned and it’s been really exciting guiding the fleet through the murk.”

Using lessons from the past, but keeping a close eye on the future