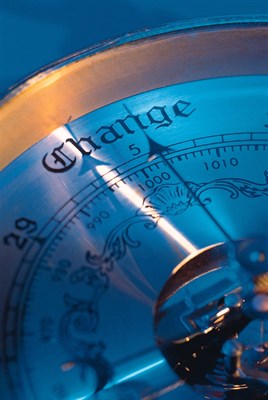 One in four fleets is either currently changing their leasing provider or has switched in the past year, according to industry research.

In the past two years, it climbs to one in three fleets and, when you look at the longer term trend, nearly two-thirds (62%) have switched providers in the past four years.

A certain amount of customer turnover is inevitable and some businesses think they can afford to lose some customers, because they can replace them with new ones.

However, attracting and retaining new customers is expensive. Research has shown that it can cost six to seven times as much to get a new customer as it does to keep an existing one.

Such a high churn rate suggests the leasing industry is failing to keep fleets happy during the lifetime of their contract.

But during the economic downturn leasing companies have been focussing on fortifying existing customer relationships and investing in systems aimed at making the fleet operator’s life easier, as well as winning new business.

The industry has recognised the importance of quick and easy access to data, as well as a consultancy approach to dealing with its customer base.

But with a third of fleets failing to remain loyal to their particular provider and voting with their feet, where is the leasing industry going wrong?

Price is clearly playing its part. Fleet managers are fixated with cost control; under orders from financial directors to find year-on-year savings and adapt to more austere times.

A difference of £20 a month for the same vehicle, with the same specification, over a four-year contract period equates to nearly £1,000.

Fleet managers argue that there’s no uniformity in the marketplace and it’s a similar story with maintenance rates with variances of £40-60 a month.

It’s no surprise then that price features as the number one issue that will persuade a fleet manager to part company with a leasing provider, according to a Fleet News survey.

Nearly half of all respondents (49%) put price as the main driver to switching their allegiance, whether that was down to the provider putting up their prices (17%) or a rival company offering a better deal (32%).

However, 36% of respondents said that they had switched their leasing company because of a growing dissatisfaction with the level of service they were receiving.

“Service levels are key,” explained Debbie Floyde, fleet and risk manager at Bauer Media. “I want a leasing company to treat us in the same way as we aim to treat our drivers.

The factors that affect driver satisfaction levels are intertwined with the service levels that the leasing company provides.

Fleet managers, like their drivers, want hassle-free vehicles, advice and information, problem-free servicing and maintenance, and support when needed via a helpline.

And, considering hassle-free vehicles are their chief concern, it is perhaps unsurprising that problem-free service and maintenance is ranked third.

The accusation that providers fail to react in a timely fashion is regularly made by fleets.  Carl Nicholson, fleet manager at North Somerset Council, said: “Our leasing providers’ service levels are not reactive enough.”

North Somerset Council, which has a fleet of 20 cars and 70 commercial vehicles, is phasing out its contract lease agreements because service levels cannot be guaranteed with its providers and significant discounts can be achieved by buying vehicles through framework agreements.

He said: “Our leasing provider doesn’t seem concerned about downtime and the associated costs.

“We had a faulty rear axle and it took a month to get it repaired because it sent it to a garage in another part of the country.”

Tyres were also not replaced quickly enough. “We would end up having to spend money getting the tyre changed ourselves because we couldn’t wait,” added Nicholson.

Issues over end-of-contract damage charges and the fleet manager’s interpretation of minor damage compared to the leasing company’s view can also have a detrimental effect on service levels.

Many fleets end up paying end-of-contract charges for damage repairs when lease vehicles are returned at the end of their terms.

They are left feeling frustrated, believing the condition of their vehicles was good, but faced with a leasing company which disagreed.

“We have been stung with end-of-contract damage charges,” said Nicholson. Cumulative charges were as high as £3,000 for what he considered was “minor damage”.

He decided that the council was better off owning its vehicles and selling them at auction with the damage.

Larry Bannon, national fleet services manager at NHS Blood & Transport, chose instead to work with his leasing company to develop a scheme where they would both share profits on higher than expected resale values.

He went to the auction where the defleeted vehicles were being sold and the resale values they were achieving were higher than the CAP average value, and suggested to his leasing company that it wasn’t really fair that he was being penalised with damage charges when his vans were getting such good prices.

The provider should look at ways of working with its customers to reduce costs, but at the same time should make them aware that end-of-contract charges are often a way for some lessors to recover earnings on the initial offer of cheaper lease rates.

As one leasing provider put it: “The reality is that it is the whole life cost of the fleet, coupled with strategic cost-saving initiatives and productivity benefits, that is the true measure of value for money.”

Tony Leigh, head of car fleet services at PricewaterhouseCoopers (PwC), agrees. He said: “It’s service and value that matter in the end and would either of those be improved if you changed suppliers?

“If you have worked with a supplier over a number of years you can identify where service and value are already excellent, or where there are areas that might be improved to the mutual benefit of supplier and customer.”

The leasing industry can at least take heart from research which has shown a change in attitude to the way fleets view their leasing provider, suggesting an improvement in service levels.

Last year’s net promoter score for the leasing industry, which compares detractors and promoters, was more favorable compared to 2011.

It revealed consistent promoter numbers for each year, while there was a substantial fall in the number of detractors and an increase in those classed as passive, which resulted in a 15 percentage point increase in the net promoter score.

It clearly demonstrates the leasing industry is working hard to earn the respect of its customers, but with 22% of fleets willing to recommend and a net promoter score of -19%, this also indicates there is room for improvement.

Business analyst Tom Stone concluded:  “Treat your best customers with respect and they’ll reward you with loyalty. Send them targeted messages. Give them special incentives.

“Keep in mind that it’s easier to cultivate your existing customer relationships than to begin new ones. Not to mention less expensive.

“The role of customer retention in the overall organisational strategy is one of protecting and managing the primary source of resources. It is also one of defending and enhancing market position and of optimising resources and opportunity.

“That is why although seemingly a purely tactical approach, customer retention also belongs to the realm of strategic market planning and is a required strength inherent to any successful organisation.”

11 tips to keeping your customers happy

Get to know your customers – Take a low-tech approach. Talk to your customers regularly about what they want and need from your business. Customer surveys or feedback forms can also help, as well as being able to rate elements of the service online. The data can prove invaluable to shaping your offer.

Give customers something new – Innovation is key. Constantly updating what you can offer fleets will not only keep your existing customer base happy, but can boost you chances of achieving future contract wins.

Respond immediately to problems – Your goal is to make the customer happy and keep them for the long term. Problems not dealt with immediately are a sure fire way to losing customer loyalty.

Stay in touch – Don’t let customers go too long without thinking of your business. Fleets don’t want to be bombarded with communications they may think irrelevant to their day-to-day business, but a visit, phone call or email can pay dividends and ensure you’re aware of what’s happening in their particular business.

Set yourself apart – Avoid being a ‘me too’ business, differentiate yourself from the competition. If you can give customers something they can’t get anywhere else, it provides another reason to keep hold of existing customers and attract new ones to the business.

Follow up – Contact your customer after you’ve provided a service or delivered a vehicle. That way if there are any problems you’re the first to know and can put things right at the earliest opportunity to their satisfaction. This approach breeds loyalty.

Give your customers superior service and convenience – Service levels are crucial and if you make dealing with your business hassle-free they’ll be less likely to switch when the contract comes to an end.

Find out what the customer wants and provide it – Understanding a particular fleets needs and tailoring your offer accordingly develops a partnership approach that customers find invaluable.

Give customers more than they expect – Whether it’s spending a few extra minutes helping a fleet to solve a problem or developing a reputation of being a resource centre, going that extra mile will make you invaluable to their operation.

Reward your customers – Things that are unexpected can help contribute to customer satisfaction.