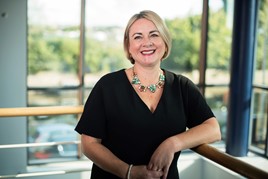 By Kate Sweeney, partner and head of personal injury, Stephensons

In 12 months from now, the controversial new Civil Liability Act will come into force.

But opponents of the new legislation, which comes into force on 6 April 2020, argue that it will restrict access to justice for some motorists who legitimately want to claim for injuries they have suffered.

I agree with the critics. This Act risks leaving some genuinely injured motorists struggling to navigate the legal system and get the help they need.

The Civil Liability Act restricts payment for legal representation for road traffic personal injury claims up to £5,000, up from the current floor of £1,000.

And people will be stopped from settling claims when they don’t provide appropriate medical evidence of their injuries. This is known as a ban on pre-medical offers, which has broad support within the personal injury sector.

The Government says the Act will stop fake whiplash claims, which is perceived as currently being quite an easy system for people to exploit.

There is no physical test for whiplash. Victims only face questions from a doctor.

Statistical data used by the Ministry of Justice indicates that the number of personal injury claims has soared by more than half over the last 10 years despite cars having become safer.

There have been around 780,000 claims against drivers recorded a year – and insurers claim a number of these look suspicious.

But statistical data on fraudulent cases is not straightforward and it is believed that the true figure is, in reality, minimal.

The incident of proven fraud based on the Association of British Insurers’ own figures has dropped to 0.25% of all motor claims.

In the wake of the bill getting Royal assent, the average cost of insurance payments, which in December 2018 reached £790 for the average car, fell to £690, seeming to support the arguments of insurance companies that this bill will save drivers money.

But we’ll only find out in the long-term, once the Act has been implemented, whether savings made by insurers will in fact be passed on to consumers. This is something the MOJ will require insurers to evidence to the Financial Conduct Authority.

After the reforms, people who suffer life-changing injuries in car accidents will still receive full compensation to meet their future needs, such as medical care and lost earnings.

For those with less serious injuries, whose claim is under £5,000, the Government plans to set up a new, simple online claims process so they can make their claim themselves.

This portal is in the process of being built, but the finer details surrounding how claims will proceed is yet to be determined and is likely to be produced in the latter half of this year.

This is the practice in other countries, such as Finland, France and Norway, where lawyers aren’t involved when settling low value personal injury claims.

But this system means that the layperson is likely to be pitted against a defendant who has professional, legal advice on their side, unlike now where both are equal.

There is also another unfair disparity. Someone involved in a traffic accident who suffers a leg injury will have different rights from someone suffering a whiplash injury in the same incident.

Together, these issues mean that the majority will be deprived of access to justice.