eCall: Can I trust my car to call an ambulance? 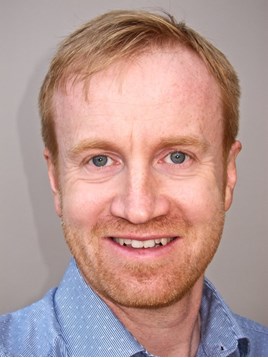 It has been announced by the European Commission that from April 2018 all new cars and small vans must include eCall, a device which has the ability to call the emergency services in the event of a serious accident. The new device will inform the emergency teams dispatched of details relating to the accident including not only the location, time and direction of travel, but also the speed of impact and whether or not an airbag was deployed. The announcement of this new legislation has led to worries about personal privacy and the cost of implementation however, people may be missing the true challenges this new legislation brings to the automotive industry, governments and consumers.

The technology used to deliver eCall is using features already available in cars with satellite navigation and a phone connection. With a greater proportion of new cars including these technologies as standard, and the basis of eCall being the linking of crash sensors to the phone system, this equipment is not a technological leap; it’s existing technology used in a new way. Those that oppose eCall have stated that the cost of implementation outweighs the benefits, but when the benefit is lifesaving, who is to say what is a fair cost? In the past, automotive manufacturers have been criticised for making that same value judgement when developing safety features, so it’s surprising that the same argument is now being used against them.

The concern that cars will be gathering all this data without the owner’s knowledge is obsolete; it’s already happening. Both your car and phone already contain enough information to track your movements exactly; it’s just there is no coherent mechanism to extract that data on an ongoing basis. However, your eCall device calling 112 in an emergency is not an effective route for tracking data as it is not a continuous connection. The broader adoption of an always connected car is much more likely to leak this sort of information than the eCall function specifically.

So the future of the car is not really an issue of new technology or specific privacy concerns over ’big brother’ tracking our movements, but that technology is converging to provide coherent capability from once disparate systems. Therefore, concerns have to be directed on the advancement of all the future car systems, not just eCall. If insurance companies could get access to your post-crash data and were able to apportion blame based on it, consumers could face problems for example, what if they refused to pay for your recuperation costs because you appeared to be 10mph over the speed limit, yet your car had incorrectly recorded the speed due to a software bug?

It will be essential that, when this technology becomes customary, the correct checks are in place on all systems to ensure that they perform as required when needed (e.g. calling 112). Given the potential complexity of such systems, the role of software quality assurance will not only be essential but will possibly be necessary to legislate certain requirements which can be specifically tested and verified. Nevertheless, delivered responsibly, these technologies could be valuable differentiators for the forward thinking vehicle manufacturer and a significant benefit for the end consumer.

Fleet Poll
Have you recently received an incorrect tax code for a company car from HMRC?
Vote
View all
65