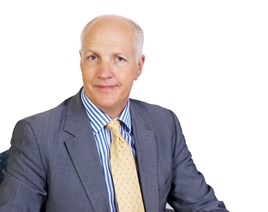 I recently attended a meeting with HM Revenue and Customs (HMRC) at which they outlined the progress they had made and their latest thinking on salary sacrifice.

It is still full steam ahead for the changes to be introduced in April, but it is recognised there is still much to achieve prior to the ‘go live’ date.

Despite some concerns that this was all ‘last minute’ there is no intention on the part of HMRC to defer the introduction of the changes.

HMRC confirmed that agreements entered into for salary sacrifice cars after April 6 (leaving aside ultra-low emission cars) income tax/Class 1A National Insurance will arise on the greater of the sacrifice made by the employee or the benefit-in-kind (BIK) arising on the vehicle.

However, if an employee enters into an agreement for a car on or before the April 5, which cannot be delivered until, say, June 2017 the tax break will still apply.

There was discussion about a person who enters into an agreement for a car prior to becoming an employee and HMRC agreed to look at allowing that person to have the tax break if they enter a pre-employment agreement prior to April 6, irrespective of the fact that they are not an employee at this date.

In regard to the issue of the employee with a cash or car clause in their employment contract, HMRC is looking for a soft landing with the rule changes. There are concerns that the new rules are triggered at whichever is the earlier, April 6, 2018, or a change in the employee’s contract. HMRC says that contract change must be activated by the employer or employee and not simply arise because of an increased cost charged by a third party provider.

There are clearly issues around this proposed change on which HMRC still needs to work and there was general concern by attendees at the meeting that the legislation was drafted widely enough to cover these areas.

It is clear that the new world of salary sacrifice is going to occur as of April 6 and we need to be working to prepare for this new era.