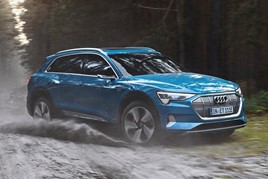 Audi’s stand at this year’s Geneva motor show, devoted entirely to electric models, was widely seen as a riposte to the criticism parent Volkswagen Group faced during the emissions scandal.

It could also be viewed as a reaction to its failure to prepare adequately for the new WLTP emissions testing regime which left dealers without core models to sell for several months after the rules were introduced last September.

However, the world of automobile research and development rarely accommodates such knee-jerk reactions. Audi’s electric vehicle strategy has been years in the making, although there’s no doubt Geneva offered an ideal platform to present a positive news story by showcasing its technology as the market gradually shifts towards electrification. 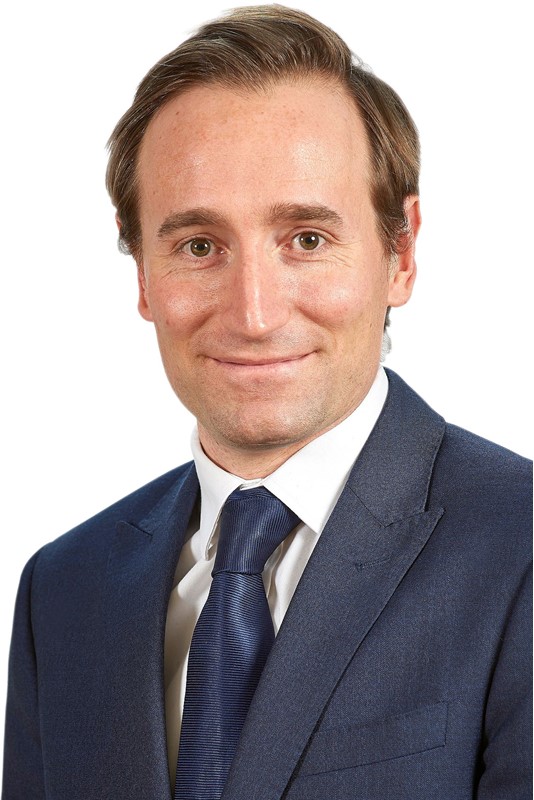 And, in James Buxton, it has found a head of fleet perfectly positioned to exploit the opportunities presented by an EV launch plan that encompasses six plug-in hybrid and four full-electric cars by the end of next year.

During just over two years at the manufacturer, Buxton was able to sample life behind the wheel of an electric Leaf.

Consequently, Buxton is “excited” about Audi’s EV strategy, which started this year with the launch of the e-tron SUV and will be closely followed by four full EVs (Q4 e-tron, e-tron, e-tron Sportback and e-tron GT) and six PHEVs (A3 Sportback, A6, A7 Sportback, A8, Q5 and Q7).

“We’ve had strong corporate order take on the e-tron SUV – at least 10% more than we were expecting,” he says.

Audi has pre-empted the battery supply issues befalling the likes of Kia and Hyundai by signing a memorandum of understanding with Chinese company Ganfeng Lithium. Under the agreement, Ganfeng will supply lithium to the Volkswagen Group and its suppliers for the next 10 years, fulfilling a significant share of the company’s lithium requirements for new electric vehicle batteries.

Buxton is confident this memorandum will enable him to secure sufficient volume to satisfy the needs of UK fleets.

“We are a significant market and we are well represented with our influence so we will always ensure we receive our fair allocation,” he says.

The retail network is also ready to sell and service the cars, while Audi has partnered with PodPoint to provide home-charging units and is in talks with various parties about nationwide roadside access.

Audi’s future isn’t just about electric vehicles, though. “For the foreseeable future, there will be a requirement for a balanced product portfolio – for us that’s petrol, clean diesel and battery electric. When you look at our four-cylinder petrol in the larger cars, it’s an example of where we see an opportunity to provide more choice to drivers, end users and leasing companies.”

Buxton joined Audi three years ago as national used car manager. He became sales operations manager in August 2017 and was promoted to head of fleet at the start of this year as part of the premium merry-go-round that saw Rob East move from Mercedes-Benz to BMW and Tom Brennan move from Audi to Mercedes-Benz.

Meeting Fleet News in early April, one day past the 100-day ‘cooling’ period mandated by Audi before press interviews take place, Buxton is enthusiastic and enthused about his new job, but immediately emphasises the “strong base” he has inherited.

“We are fortunate to have an exceptional team from a fleet perspective. We have great customer relationships and leasing company relationships and we also have a great dealer network that is used to delivering fleet volumes. That side is well structured; it’s one of our strengths,” he says.

“I offer a tie-up between making sure we have the right level of focus on fleet from a business and from a factory perspective. This is crucial to make sure the fleet agenda is constantly reinforced, something we are seeing come through with our FEV (full electric vehicle) strategy.”

He adds: “I’m excited about the next 12-to-18 months. We have an opportunity to leverage the great things and grow our corporate volumes going forward.” 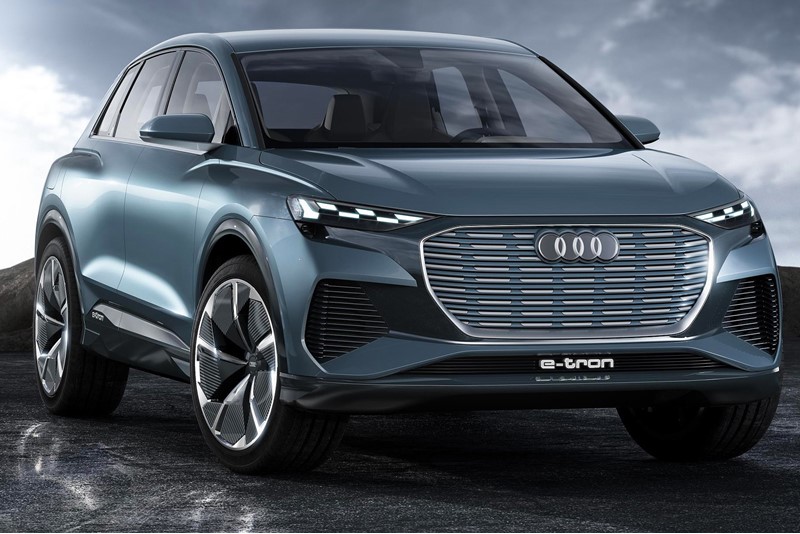 Audi’s true fleet sales were down 14% last year and they have dropped a further 16.5% in the first quarter of 2019. Supply shortages, caused by a sluggish response from Audi AG to get cars tested under the new WLTP emissions regime, is one of the reasons – cars simply weren’t available. WLTP also claimed the scalps of the A3 e-tron and Q7 e-tron.

However, Buxton claims the order take this year from the corporate market is “strong”, despite the political uncertainty. His strategy is to match the right level of supply to each target channel, with true fleet – specifically the end user fleet – the priority.

That position is likely to see rental remain a small part of sales volume; it fell 17.5% last year and 1.5% in Q1 to account for just 2.6% of Audi’s total sales, substantially below the industry average of 10%.

“My focus is to grow the true customer channels in a responsible manner,” Buxton says. “This is key from a total cost of ownership perspective. With my background in used cars, I understand how decisions taken today, such as short-cycle channels, affect residual values three or four years out, so that is a key part of our strategy.”

With a true fleet market down 8.4%, the Government could certainly help stimulate growth by providing “clarity on BIK” and eliminate the “paralysis of legislation”. This would also help to stymie the flow of employees away from company cars into cash.

Audi, like other manufacturers, is seeing “significant growth” in personal contract hire.

“We need to be set up and aware to capitalise on that changing dynamic,” Buxton says. “More traditional company car drivers are opting out and coming into our showrooms and website. We have to make sure they get a consistent experience that is comparable to what they previously experienced.”

The car/cash relationship is not the only changing dynamic in the market: new mobility solutions facilitated by technology and data are offering alternative options to drivers, although the possible outcomes are still embryonic.

For Audi, it means reacting to changes in service and customer demands, but also proactively discussing all likely scenarios in preparation. “We may have to change the way we serve our customers,” concedes Buxton.

More immediate is the forthcoming RDE regulations, which require manufacturers to meet real-world testing limits for emissions. Audi is determined to learn from WLTP and is already planning the production of compliant engines.

“WLTP was a challenge for us and a difficult period for our customers and dealers,” Buxton says. “We are focused on the transition to RDE to support and work with our dealers and customers to minimise any disruption. While we can’t disclose our engines now, we will communicate effectively to everyone when we are ready.”

The concept model, revealed in Geneva, boasts a 279-mile range and all-wheel-drive