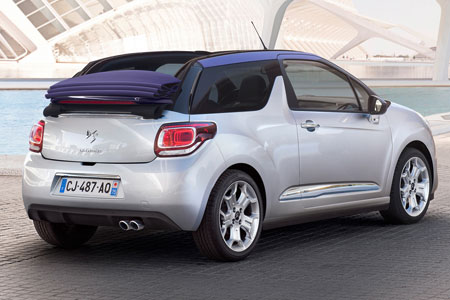 Convertibles are far less common as company cars than in the past as their restricted appeal can cause reallocation problems should an employee leave the business.

But they still exist on some policies, and are at least becoming easier to justify.

As Citroën’s hugely-successful DS3 ages, the company has introduced a Cabrio version.

Unlike Citroën’s previous attempt at a convertible, the C3 Pluriel, the DS3 soft-top is far less complex and, from the manufacturer’s point of view, far less expensive to produce.

The Pluriel’s multi-stage retractable roof and removable arches made it one of the most impractical convertibles ever produced.

The DS3 Cabrio, in a way, goes back to Citroën’s roots with the fold-back roof of the 2CV. But in the case of the DS3 it’s a sophisticated electrically-operated canvas roof.

As the fabric roof panel is the only moving part, it means there is nothing else to store and the roof can be opened and closed at speeds higher than the snail’s pace required for most fold-away tops. 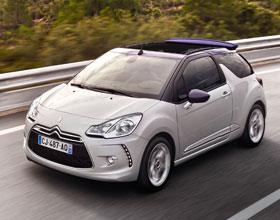 The DS3 has been doing good fleet business up to now, with its appealing looks, wide range of options and accessories, its engaging drive and fuel-efficient low-CO2 variants making it a desirable salary sacrifice car.

It’s safe – although the Cabrio has not yet been tested by EuroNCAP, the hatchback received five stars – and running costs are impressively low.

The DS3 is the star performer for residual values in the Citroën range, holding its own against premium-badge rivals such as the Audi A1 and Mini.

The Cabrio keeps up the strong showing, at 28%.

The lowest-polluting option for the Cabrio will eventually be a 90bhp 1.6-litre e-HDi diesel with CO2 emissions of 95g/km.

We tried the model at the other end of the performance scale – the potent-yet-frugal DSport THP 155.

The turbocharged petrol engine is smooth and delivers power in a subtle yet assertive way, perhaps disguising how quickly the Cabrio picks up speed.

Citroën claims the DS3 Cabrio is the least expensive five-seat convertible on the market.

While it might be technically correct, and the fitment of three rear seatbelts might have convinced officials to classify it as a five-seat car, the idea of carrying five adults in it regularly is quite ludicrous.

No one should be fooled into thinking this is a true five-seater, and if five seats are a priority then the DS3 isn’t for you.

And with the roof folded, the Cabrio’s boot isn’t the greatest, either. But it’s a case of horses for courses – if you need the boot space, other cars are available.

The DS3 is a cheap way into wind-in-the-hair motoring, and is a good entry-level perk car for fleet choice lists.