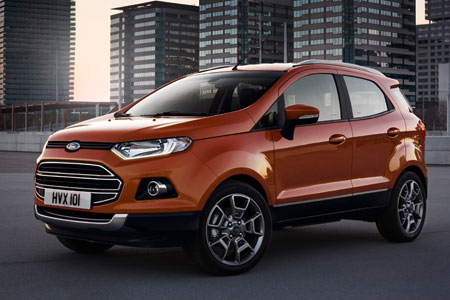 Britain’s biggest car brand is likely to find itself short of supply when its next model is launched in spring.

Ford of Britain has been given access to just 4,000 of the Ecosport – expected to be its biggest contender in the burgeoning SUV sector – to sell during 2014.

Developed in Brazil and built in India as part of Ford’s moves to manufacture global products, the Ecosport is set for a major role in the showroom as the smaller brother of the smash-hit Kuga SUV launched in May.

“This type of car seems to have hit the spot with lots of motorists everywhere and B-segment SUV registrations in the UK have shot from under 10,000 three years ago to 75,000 this year,” said Ford marketing director Anthony Ireson.

“But the factory is working flat out and 4,000 units is the maximum volume we can expect to receive over the next 12 months.

"It took less than 48 hours for 120 limited edition versions to be snapped up when they were offered on Facebook a few weeks ago, so we are very confident about the commercial viability of this car.

“All the indications are that we can achieve volumes way ahead of our allocation, so we’re trying hard to obtain supply more in line with sales of between 15,000 and 20,000 in 2015.” 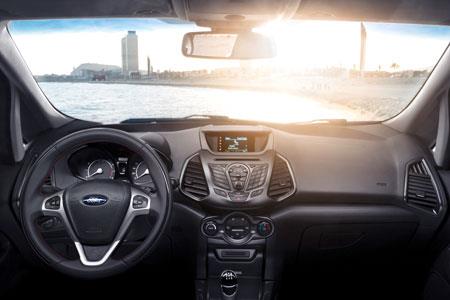 An eight-inch ground clearance and a wading depth of up to 20 inches promises to make the Ecosport more capable away from smooth roads than the Fiesta on which it is based and a tall stance and tailgate-mounted spare wheel give it the rugged looks of an off-roader.

However, that’s as far as it goes – in Europe, it has front-wheel drive only.

“We think this car will appeal to a professionals in their early 30s who want stylish, sporty transport that is practical but have no ambitions to drive into the wilderness,” said Ireson.

Like other Fords, it comes with voice control for in-car features and is the first model to use it for mobile apps that include the Spotify music streaming service.

Despite the lack of stop-start, the Ecosport is at its most frugal with the latest 1.5-litre turbodiesel motor under its stubby bonnet, but the trade-off is gentle acceleration, although the unit is commendably quiet at cruising speeds.