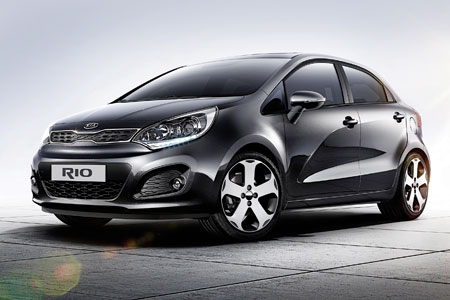 In the design studios of some manufacturers there must be dark mutterings about Peter Schreyer having the Midas touch.

Now, however, the task becomes tougher. The models to which Schreyer has to add sparkle are in the most fiercely fought car segments, categories like family car where Kia has struggled to make much of an impact.

The Rio is a case in point. Even the most fervent Kia supporter would have to concede that this small car has been side-lined by the competition.

So can the new, Schreyer-inspired Rio make an impact against the Renault Clio, Skoda Fabia and Ford Fiesta?

In short, yes. New Rio has the looks to appeal to the design conscious user-chooser combined with emissions and running costs to satisfy finance directors.

The pictures are a good indication of this car’s appeal, although it’s even more attractive in the metal. But it’s the figures like CO2 emissions from 85g/km and fuel efficient of 88.3mpg that will make the FD weak-kneed.

According to fleet director John Hargreaves, the new Rio will “open the door to a lot of fleets” at a time when demand for small family cars is growing.

He adds: “We see it being popular with groups of drivers that don’t make the decision; where the fleet director will consider this car in a tender because it is cost effective.”

Hargreaves anticipates selling 3,000 to corporate buyers from total sales of 12,000 a year.

The new Rio is priced above the outgoing model like-for-like although the new, smaller 1.1-litre diesel starts at £12,095.

But while Kia was anticipating a residual value uplift with the new model, the pricing guides have it at the same or below the old model .

That’s a surprise, given the car’s greater desirability both emotionally and financially, and the fact that Kia has stated that demand will be greater than supply. It suggests the company still has work to do to convince the guides.

While the 85g/km 1.1-litre diesel EcoDynamics version grabs the headlines as the lowest emissions internal combustion engine car available on the market, Hargreaves believes the 94g/km 1.1-litre diesel, at 78.5mpg, will be the more popular fleet model.

“The 85g/km comes without aircon so it will only appeal to the most cost-conscious people. Most will choose the version with aircon,” he explains.