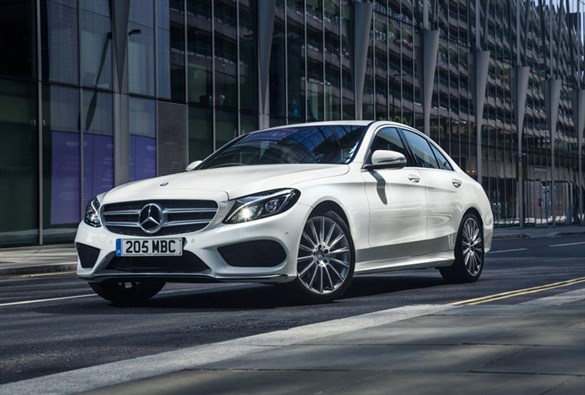 Mercedes-Benz has often found itself being left behind when it comes to competing with the BMW 3 Series and Audi A4 – in the past, the C-Class has had to play second fiddle.

In 2012, however, an updated Audi A4 and new 3 Series both had the measure of the Mercedes. But now, Mercedes-Benz is on an up-swing. It registered growth of 19% in the UK last year, suddenly putting its next target (BMW) in sight, with Audi a little way ahead.

The A-Class has been a huge success and, with the CLA and GLA, the brand has added two new compact cars to the range that will bring new customers to the brand.

All these cars need to be instant hits if Mercedes-Benz is to meet its ambitions to overtake BMW and Audi and become the best-selling premium brand in the UK and in the fleet market.

It isn’t enough for the new C-Class – one of the brand’s strongest-selling models – to shine in a few areas. It needs to stand out as the best, at least until the others catch up.

The C-Class does create a positive first impression. At first glance, it could easily be mistaken for the new S-Class, although closer inspection reveals the scale of the saloon.

This is an upper-medium car in size, but it looks like something far more special.

The luxury-car feel extends inside the AMG Line car we tried, with high quality plastics, deep gloss finishes and real metal trim features. It’s a decent five-seater, too, with excellent leg room and more than adequate headroom in the rear.

If any criticism could be levelled at Mercedes-Benz four-cylinder diesels, it would be that they seem rather noisier than rival products. Although the basic engines in the C-Class are the same as before, noise insulation has been improved. The C-Class is almost silent from inside the cabin and it is a very relaxing car to travel in.

The C-Class seems to have all the right ingredients from day one. And with a new Audi A4 on the horizon as well as a new rival from Jaguar, timing could be everything.