"We were comfortably getting 250 miles from a charge." 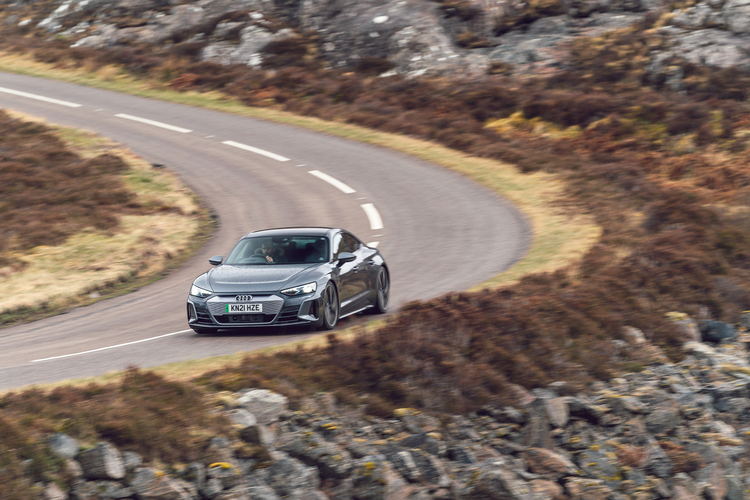 Audi’s e-Tron GT is an interesting concept. Not least because as little as three years ago it was nothing more than that – a concept – but now it’s a fully fledged member of the Audi line-up.

Think of it as a sort of electrified cross between an A8 and an R8, with head-turning looks, effortless cruising capability and brutal acceleration.

While the e-Tron GT is not the first all-electric Audi, it was the first to be built from the ground up to be electric. Of course, a lot of the work done under the skin was by Porsche, because the e-Tron GT’s sister car is the Taycan.

Pricing starts at more than £80,000, so this isn’t a replacement for the A6 TDI. Rather, it serves as a flagship model to showcase what Audi’s next generation of electric models will offer.

Drivers fortunate enough to see it on their choice list will not be disappointed by the car’s capabilities. And that’s not just dynamic performance. Aside from its ultra-wide body being a tad tricky to squeeze into parking spaces, the e-Tron GT is an absolute joy to use on a daily basis.

It’s interior, while befitting of a car that can easily cost six figures with a few options, remains conventional in its layout and offers high levels of comfort on long journeys. 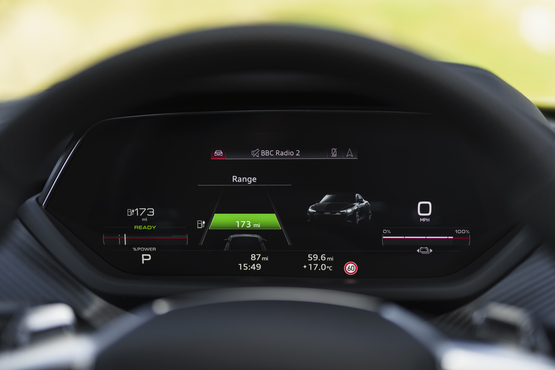 In terms of efficiency, there’s more positive news. While the close-to-300-mile claimed range is a little out of reach in most circumstances, we were comfortably getting 250 miles from a charge and, on a longer trip, saw consumption of 3.3mi/kWh.

Charging is pretty straightforward too. There’s a connector on both front wings, so you don’t have to worry too much about how you park. The car also accepts rapid charging at speeds up to 270kW, adding 80% in less than half an hour.

Our test model was specified in range-topping Vorsprung trim, which includes air suspension and four-wheel steering. The resulting ride and handling characteristics are impeccable. Weight is always going be a factor in a car with a 93kWh battery and the e-Tron GT tips the scales at around 2.3 tonnes. Yet, it hides this remarkably well.

Power output is rated at 476PS, from the car’s two electric motors. But up to 530PS can be deployed in short ‘overboost’ bursts. Floor the throttle and the e-Tron GT can reach 60mph from rest in four seconds. It’s equally as rapid in the mid-range, although heavy-footed drivers will notice the battery level depletes almost as quickly.

An optional sound generator delivers a satisfying hum that accompanies the acceleration, making the car feel more conventional. It also utilises a two-speed gearbox, which gives the sensation of a kickdown function in a normal automatic and helps to improve range at higher speeds.

Practicality is not the e-Tron GT’s strongest attribute; it would benefit from some additional storage space in the cabin and rear seat passengers may find it a little cosy. The boot is fairly narrow, with a small opening, but it does offer 405 litres of space. There’s an additional storage area under the bonnet, which is a good place to store the charging cables.

On the one hand, the e-Tron GT is a sensible electric saloon with attractive running costs but, on the other, it’s a crazy futuristic supercar.