"The electric motor is pokey enough to get the A8 shifting at a reasonable pace without the need to fire up the engine." 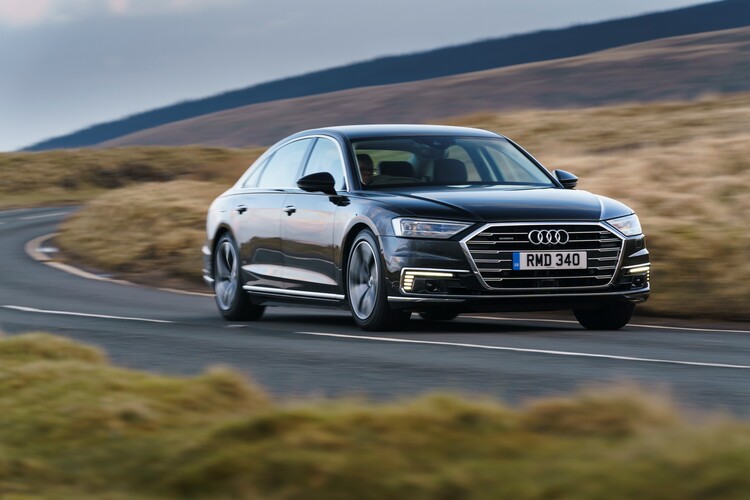 The good old days of luxury saloons being fitted with large capacity petrol engines seems like an all-too-distant memory as the drive for efficiency has meant cars like the Audi A8 are most commonly bought with a diesel engine.

As advanced as modern diesels have become, they don’t quite capture the same level of refinement as their petrol counterparts. While there is no doubting the effectiveness of a diesel for long distance, many of these long-wheelbase luxury saloons spend their days ferrying executives around the city. It’s in slow moving traffic that diesels become lumbering. Lurching into life as the start-stop system engages, making the whole experience a bit less premium.

That’s where a plug-in hybrid powertrain comes into its own. It offers seamless, silent, emissions-free running in the city and without the range concerns of a large electric car. 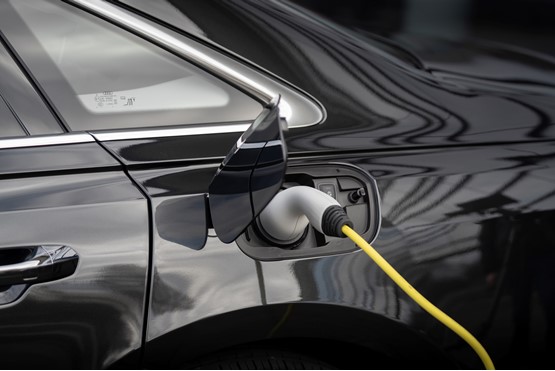 Mercedes-Benz and BMW are already producing such models, with the S560e and 745e. Now, Audi is joining the club with its A8 60 TFSi e.

With a larger platform for storing batteries and motors, these luxury saloons don’t make do with small, revvy engines to spoil refinement. They use large, silky smooth six-cylinder units.

In the A8, a 3.0-litre turbocharged V6 petrol engine mates with an electric motor to develop 449PS and 700Nm. It’s an impressive output and gives the four-wheel drive Audi an advantage over its key rivals, with a sub-five-second 0-60mph acceleration time.

While such performance may seem unnecessary, let’s not forget this is a car that costs £88,000. It’s the flagship model, therefore it must excel in all areas.

A 14.1kWh battery provides a range of roughly 28 miles, which can be maximised when the navigation system is active – the car analyses the route to pick the ideal moments to switch to electric.

The upshot is CO2 emissions of 58g/km, or 60g/km on our long-wheelbase test model.

As a company car, the plug-in hybrid could save 40% taxpayers more than £5,000 per year when compared with the A8 50 TDI, which is also much slower.

The A8 is more discreet than its ostentatiously styled rivals. It flies under the radar, with a focus on refinement and build quality rather than overt luxury. 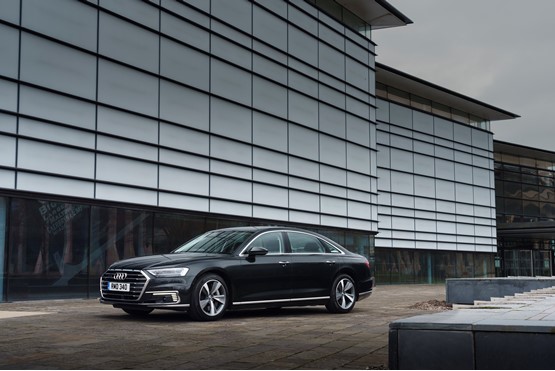 For the driver, there’s Audi’s virtual cockpit, 10.1-inch MMI infotainment screen and a third touchscreen for controlling the air conditioning and other features. All three offer outstanding clarity and usability, although we would like to see a return of the rotary infotainment controller to make usage on the move a little easier.

The interior is typically Germanic. There is less theatre than in an S-Class but everything feels exceptionally solid and well finished.

Our test car is fitted with the optional Rear Comfort Pack (£2,195), which includes electrically adjustable reclining rear seats and the Chauffer Pack (£2,995) adding infotainment screens in the rear, TV and an armrest-mounted touchscreen for passengers to control a range of car functions from climate to the ambient lighting.

While the A8L is clearly geared towards giving the rear seat passenger the best possible experience, the driving experience is still positive.

Air suspension keeps the ride supple, but can be firmed up by choosing the ‘Dynamic’ drive mode. This lowers the car and gives full power from both the engine and electric motor.

It’s not the most dynamic car in the sector, that accolade belongs to the BMW, but the Audi is still enjoyable when required.

The electric motor is pokey enough to get the A8 shifting at a reasonable pace without the need to fire up the engine. When you do require petrol power there is a muted growl from under the bonnet as the view from the side window quickly becomes more blurred.

We have noticed the automatic gearbox sometimes has a tendency to hold gears a tad too long and sometimes takes a second to decide what it’s actually doing, but the addition of the electric motor means acceleration isn’t really affected.

When it comes to fuel consumption, the A8 has also impressed. It managed more than 40mpg under mixed use in our hands. Diesel versions usually manage mid-30s.

When using the car just for short trips it is able to run on the motor alone, making the 108mpg official figure more attainable.

Diesel is still the way to go for those that are doing substantial mileages, but the A8 TFSI e makes a lot of sense for those operating in urban areas. Not only is it greener and more cost effective, but its smoother and quieter like its petrol-powered forefathers.