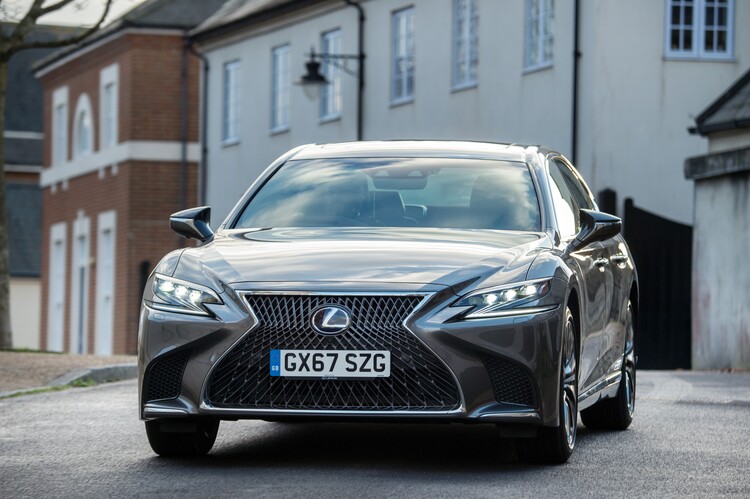 Lexus owes a lot to the LS. It is the car that launched the brand in the UK back in the early '90s and has been a constant representation of what Lexus stands for at its very best.

The latest model reflects the changing habits of buyers, with an increased focus on style and dynamic capability.

Like any good luxury product, the LS feels like it was crafted rather than built. It features exquisite design details and provides a sense of build quality that European manufacturers fail to match.

Inside, the interior reflects a Japanese approach to luxury. Super soft leather coats almost every surface and textured and tactile trim pieces ensure the LS feels worthy of every penny that it costs.

Being a Lexus, the powertrain is – of course - a hybrid. Utilising a 3.5-litre V6 petrol engine, the hybrid system deploys an electric motor for enhanced zero-emission running.

Fuel economy is rated at 30.3 for the all-wheel-drive version, which is about what we managed during our test. Rear-drive models are more frugal, achieving 35.7mpg, slightly less than the performance of diesel-powered rivals.

Unlike most Toyota hybrids, the Lexus LS uses a 10-speed automatic gearbox, rather than a CVT. It enables the car to keep within its operational “sweet spot” without delivering the high-revving engine note that usually prevails.

Of course, urban driving is completed in near-silence thanks to the electric drive. Battery range is limited to low speeds and short distances so expect the engine to fire into life regularly.

The V6 is fairly restrained although progress isn’t as effortless as you might expect. It’s no slouch, hitting 60mph in 5.5 seconds, but you really need to press-on to get the LS moving.

When you do, the transmission can be indecisive when selecting a ratio and when the engine is worked hard it produces a note that is not particularly pleasing.

Don’t get me wrong, the LS is extremely hushed. Only an undertaker’s office is quieter, especially when cruising, but it’s hard to see the benefit of the petrol-hybrid system in this regard as diesel rivals manage a similar feat.

When it comes to emissions the LS appears more favourable. It’s not as frugal as you might think, but its 147g/km CO2 emissions figure give it an advantage over the Mercedes S-Class’s 157g/km.

It’s likely the LS will appeal more to chauffeurs than company car drivers, but for those that have the option, an LS will cost around £880 per month in BIK for higher-rate taxpayers. For perspective, an equivalent S 400 d would cost around £3,000 per year more.

The Lexus also provides better value for money than its competition. All LS models are equivalent to a long wheelbase version of other cars and it requires only the Premium Pack to effectively become fully kitted out.

Our test car was fitted with this plus all-wheel-drive, bumping the price to £106,000.

To really highlight the difference between Lexus and other brands, the LS is available with the most absurd option we’ve ever come across. Hand Pleated silk door cards with Kiriko glass ornamentation – costing £7,600. While the chances of anyone specifying this option is extremely slim, it gives the interior of the LS a truly unique feature. 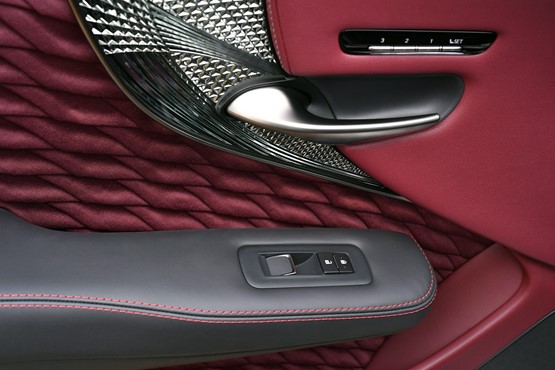 Driveability is probably less important than passenger experience and the LS is certainly less involving to drive than its rivals.

As a passenger, there are fewer places that are nicer to be transported. The rear seats offer acres of legroom with the ability to fully recline. They are heated, cooled, and even able to provide a massage.

The functions are controlled via a touchscreen mounted in the rear armrest.

Up front, the infotainment screen and touchpad controls all the major function. It’s still a step behind other models on the market, as simple actions such as switching on the heated seat take multiple button presses. Luckily Lexus has fitted an ‘auto’ function to these comfort features.

Our only other criticism of the LS’s interior is there are no tray tables for rear-seat passengers to put food or laptops.

The LS is beautifully made, exquisitely designed and fairly exclusive, which are the key ingredients for a luxury product. However, as a car, it lacks the sparkle that makes you want to jump into the driver's seat.