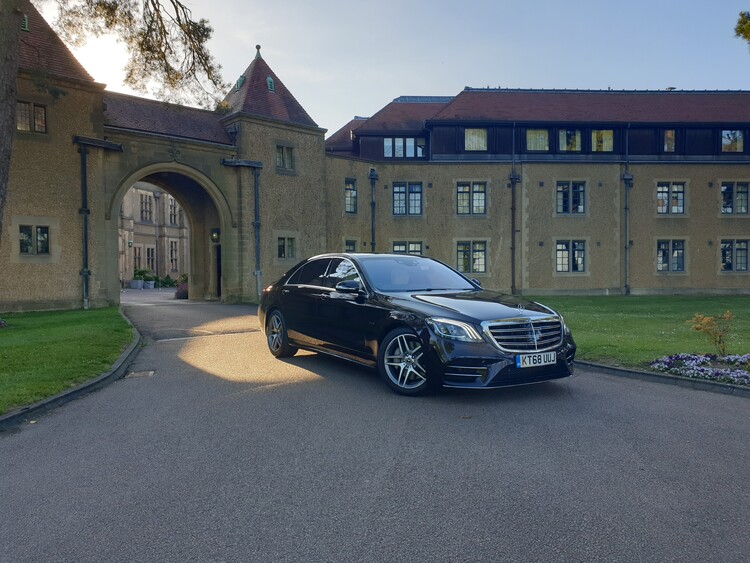 There is a long-running belief that the technology we see appearing in the Mercedes S-Class now will become commonplace in mainstream cars within the next 10 years.

While the current S-Class has been with us for a while now and a new one is just around the corner, the new powertrain in the S 560e is clear sign of the times.

Flagship S-Classes have always been powered by big petrol V8 or V12 engines and, while these remain available on high-performance AMG models, the rest of the S-Class range is going hybrid.

The best-selling S 350d remains available in its current state for now, but all the petrol versions have been electrified to some degree.

It’s the same gearbox-mounted setup that is available in the C-Class and E-Class, mated with a 13.8kWh battery, although in the S it is mated to a 3.0-litre petrol V6.

So, not only is the S 560e the most efficient S-Class, it is also the quickest.

The S 560e can happily move on electric power alone, at motorway speeds, for up to 27 miles.

It uses an intelligent powertrain management system that analyses the route in the sat-nav to decide when to switch the petrol engine on. The car also actively re-generates power when you lift of the accelerator using the windscreen-mounted camera to provide just the right amount of braking.

With the ability to charge through regenerative braking and using an on-board charger, the real-world distance covered in zero-emission mode is significantly higher than the numbers suggest.

We took the car on a 100-mile journey where it averaged 44mpg and covered more than 40 miles on electric power.

Bearing in mind this is a 2.2-tonne luxury saloon with almost 500PS that is a real achievement.

When the petrol engine does kick in, its presence is almost unnoticed unless the drivers calls for maximum power, at which point the car surges forward with unrelenting pace.

The only downside to the S 560e is that the battery pack affects the available luggage space. Those looking to use the vehicle for luxury airport chauffeuring may find it does not have enough room for large suitcases.

As taxation hits the executive segment hard, it is only a matter of time before all models start to utilise plug-in technology.

The powertrain is already having an influence elsewhere in the Mercedes-Benz range too, with the recent announcement of the A-Class and B-Class getting plug-in hybrid engines, plug the larger GLC and GLE.