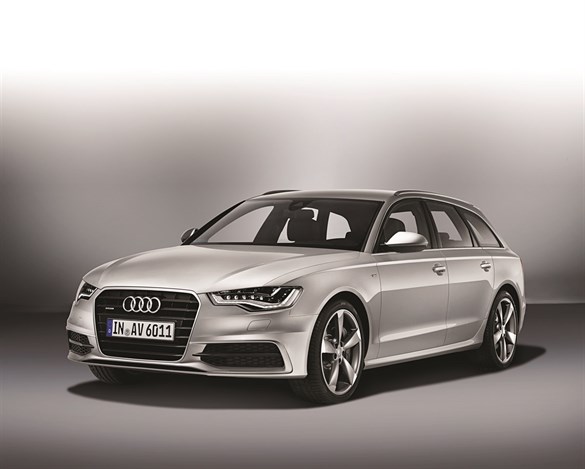 Audi’s Avant range was probably responsible for transforming the image of the estate car from a dependable workhorse to a stylish family car with extra practicality.

The latest Avant model is the new A6, and in assuming its role as the Avant flagship for Audi it has also had to work harder to compete with an increasingly efficiency-focused group of relatively fresh rival products.

And given that BMW has had the true high-performance diesel niche to itself in the executive car sector to date with the 535d, Audi has responded by adding a twin-turbo V6 to the A6 range, which not only offers 313bhp, but also comes with clever technology that gives the car an exhaust note in-keeping with its performance.

But here we focus on the 2.0 TDI model likely to be the biggest seller with businesses.

The A6 Avant is 70kg lighter than its predecessor, which goes some way towards improving fuel efficiency, but it also features a range of technology aimed at minimising fuel consumption and CO2 emissions.

It results in the 177bhp 2.0 TDI model achieving 56.5mpg on the combined cycle and CO2 emissions from 132g/km (or 135g/km for the Multitronic auto we looked at in the costs comparison). This is a 13% improvement over the outgoing version of the 170bhp A6 Avant 2.0 TDI.

The front-wheel drive 204bhp V6 3.0 TDI isn’t far behind with 54.3mpg on the combined cycle and CO2 emissions at a remarkably low 136g/km, giving it a substantial advantage over premium rivals from BMW and Mercedes-Benz.

Performance in the 2.0 TDI is ample, however, and it also offers excellent refinement, while interior space is among the best in class.

On the road the A6 Avant feels quite agile for a large car, and the horribly over-light steering of the previous A6 is now gone, with a more weighty set-up giving a better feel when positioning the car on the road.

Audi continues to illustrate why it has long been held as a benchmark by premium rivals for fit and finish, while the MMI interface is quite user-friendly. Customers can also choose a range of hi-tech features, including on-board internet access.

With such distractions, it’s easy to forget about the business end of the car: the luggage compartment ranges from 565 litres to 1,680 litres, making it a great load-lugger.