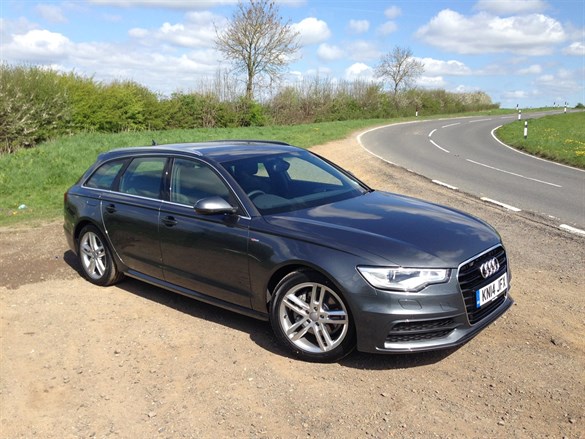 With only a couple of weeks left before the Audi A6 Avant leaves the Fleet News test fleet, I thought it was about time I put in a real concerted effort to boost my fuel efficiency.

To date, the A6 has hovered around the 50mpg mark for all types of journeys, a respectable performance. On a recent fast-flowing motorway/A-road trip the trip computer read 56mpg, but the question was: with a softer right foot and maximum concentrating of traffic flow, could I do better?

Obviously the answer is yes, although the A6 doesn’t make it easy. Some of Audi’s stablemates (notably Skoda) seem to embrace frugality with minimum fuss, but the A6 demands your full focus to get the best from the engine.

So, with speed limits adhered to (of course), anticipation levels set to 10 and feather-light acceleration, here are the results: on my 12-mile commute to work, mainly A-roads with some stop-start roundabouts and traffic lights, I achieved a high of 57mpg (I usually get 49-50mpg).

However, on a 200-mile-plus sales rep style journey, I topped out at a smidge over 60mpg.

It’s agonisingly close to the Audi’s official combined figure of 61.4mpg. I was happy with that, but I don’t think I have the discipline to drive like that all the time, not least because other road users tend not to appreciate such leisurely acceleration from a standing start; I frequently had cars closely inspecting my rear bumper and more than once I received some impatient horn honking.

It’s a disappointing halfway house – a sense of style over function. The push button is a sporty touch but I still need to faff about with my key to unlock the car. OK, it’s a minor quibble, but it is nevertheless an irritant.

So, in conclusion, the A6 is an excellent car, one which prioritises comfort over sportiness, but which handles well when pushed hard. The interior is extremely high quality while being functional, boot space is adequate for most needs and the running costs are competitive for fuel, residual values and maintenance.

There are few criticisms and those I do have are fairly frivolous. Well worth consideration.