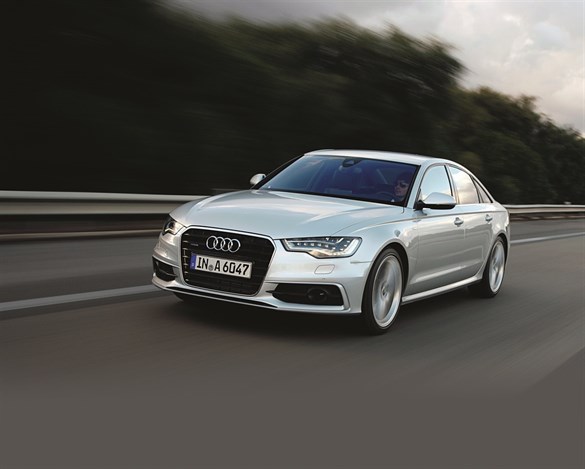 The seventh generation of its large executive express (including the Audi 100) is destined to attract new customers, says brand director Jeremy Hicks. Audi forecasts 30% of volume to be fresh business and the segment-dominating BMW 5 Series is squarely in its sights.

Hicks believes new A6 is such a strong proposition that it has an opportunity to grow annual volume to 15,000 from the outgoing model’s 10,000 units. That’s on a par with the 5 Series last year.

However, he insists A6 will not be “forced” at the expense of margins and residuals.
New A6 certainly is a step forward. Improvements have been made in its efficiency, performance and dynamism. It’s a car that has been designed with the practical, conservative, tax-driven fleet market in mind.

The launch range is completed by three V6 engines – two 3.0-litre TDI versions, with 204bhp or 245bhp, plus a 300bhp 3.0-litre TFSI petrol which will sell in tiny numbers. The highest-powered diesel and petrol models come with Quattro four-wheel drive.

To help control emissions, all derivatives have stop-start systems. Eventually, Audi will add a 2.0-litre petrol-electric hybrid, which will promise 245bhp and up to 45.6mpg economy while allowing drivers to use full electric mode in urban environments.

In many ways this reflects the more competitive proposition of BMW’s 5 Series when it comes to standard equipment, although the A6 probably wins on value.

Pricing the range from £30,145 makes the A6 accessible and competitive. It is quiet, efficient, elegant and well built. Audi has never been better positioned to tempt drivers out of their current executive saloon.