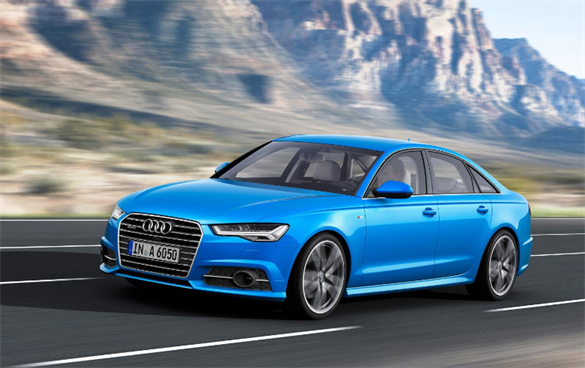 A campaign to help Audi achieve a clean sweep in UK executive motoring is set to reach its climax in the next two months.

In its second year as overall leader of the premium market, the company is poised to launch higher-efficiency A6 versions to challenge the stranglehold of its German rivals in the lucrative large-car corporate sector.

Backed by refreshed styling with uprated comfort and convenience, car and estate models with ultra badges feature efficiency improvements culminating in a one per cent reduction in benefit taxation and a lower VED rating for the most popular version, the 2.0 TDI saloon.

“Audi may well be Britain's top premium brand in retail and true fleet, but we're outsold by our rivals in the heartland of corporate motoring and we're keen to do something about it.

“When we first launched the A6 ultra at the start of the year, it came with tailpipe emissions reduced to 114g/km and quickly became the most successful fleet model in the range. Now we're re-launching the car with a figure that's even lower figure to put us in a much better position,” fleet director James Douglas told Fleet News.

In an interview at the media launch of the new line-up, he claimed the latest raft of efficiency improvements would have a significant impact on cost of ownership to make the car more affordable.

“In the past, some customers would have compared our car with the 5 Series and might have been concerned about the incremental cost they would have to bear against the BMW. That situation is now reversed. There is now no cost impact and we have the edge – in fact there's a benefit for anybody who is looking at us against our two main rivals and we are able to put an extremely compelling argument in favour of the A6,” he said.

A new seven-speed twin-clutch transmission replaces the previous eight-speed CVT unit to help achieve a 3mpg improvement in economy without loss of performance. But a novel 'coasting' function also plays its part by allowing the engine to freewheel in neutral when pressure is eased on the accelerator in main road cruising – something that happens frequently . Together with a revised stop-start system, the powertrain package is claimed to trim emissions by up to 8g/km.

Priced at £1,370 more than its predecessor, the lead-in A6 will be available from December and while it looks much as before overall, a series of subtle detail changes to the front grille, bumpers, air intakes, sills and rear lights promote a wider stance and add to the car's presence in company parking lots. Bi-xenon headlights are also now also standard, with LED used for daytime running lights and rear lights.

Inside, extra detailing touches reinforce the car's premium credentials and air conditioning now operates across four zones rather than two. As before, the dashboard features a 6.5-inch retractable colour monitor for the SD card-based satellite navigation.

Comfort rates highly on generous-size leather seating and the addition of acoustic glass for the windscreen and front windows makes for refined and subdued progress at any speed, but motorway cruising is particularly relaxed with a top gear ratio producing 75mph from just 1,500 revs.

“We are keen to see our new car close the gap on our rivals. Obviously, I'd like to see Audi outselling BMW in every market segment, but doing a good job for our customers is our main aim and we're most interested in building long term relationships with our fleet clients.

“We've spent a lot of time on our new business programme and staff at all of our 116 Audi Centres have been trained and are fully focused on generating relationships and sales with small and medium businesses as well as helping us manage the accounts of some of our larger clients.

“The fleet market accounts for 63 per cent of A6 registrations, so this is a very important model. As such, we'll be providing demonstrators to account managers, my team, the area sales team and we will work closely with the contract hire and leasing companies. We're now on the attack,” said Douglas.