"All in all, the 330e is a compelling proposition and is likely to help knock its diesel stablemates off many a car list." 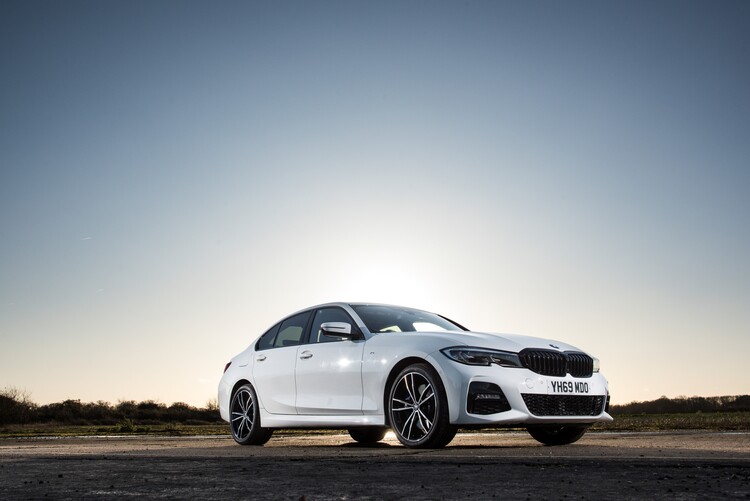 BMW first launched a hybrid version of its ubiquitous 3 Series to the UK market in 2016. The first generation 330e offered an electric-only range of 25 miles, CO2 emissions of 44g/km, and a claimed average of 148.7mpg.

Three years on and the second generation 330e offers company car drivers an electric-only range of 37 miles, CO2 emissions of 39g/km, and claimed fuel efficiency of between 201.8-188.3mpg.

Even with the introduction of mild-hybrid engines and RDE2 compliance for the 320d from April, the plug-in hybrid is still the cheapest option for drivers.

Wholelife costs swing in favour of the plug-in by around 1p per mile, although that's based on regular charging to maximise fuel efficiency.

Based on our testing, we'd imagine that 40-60mpg is a realistic expectation. While the car has good zero-emission capability, it's petrol engine becomes thirsty once the battery is depleted.

So, with the right driving profile - many shorter journeys - the figures definitely stack up for the new 330e, but what’s it like to drive? In a word, excellent.

A major new feature of the new 330e is the standard-fit XtraBoost, technology (also seen on the X3 xDrive 30e) increasing the standard peak 252PS by a further 41PS at the touch of a button.

This, combined with peak torque of 420Nm, makes for a 0-60mph time of just 5.9sec and effortless overtaking. Ride and handling remain among the best in class.

This, says BMW, aims to “offer the emotional impact of sports-car performance together with the proven qualities of a plug-in hybrid model”.

A neat feature intended to make hybrid ownership convenient means when a driver selects a public charging station, they receive “a forecast of the occupancy status” for their time of arrival. The nav system also provides the driver with a list of recommended nearby hotels, restaurants, cafés, and tourist attractions.

In order to save space, BMW has cunningly integrated the 330e’s electric motor into the eight-speed Steptronic transmission. This means the hybrid-specific transmission is only 15mm longer than the corresponding versions for conventionally powered BMW 3 Series saloons. Additional clever packing means the 12.0kWh lithium-ion high-voltage battery is positioned underneath the rear seats, while the fuel tank is located above the rear axle to ensure maximum luggage capacity. The result is 375 litres of space, versus 480 litres in a regular 3 Series.

All in all, the 330e is a compelling proposition and is likely to help knock its diesel stablemates off many a car list.

The 4 Series Gran Coupé offers a degree of versatility for those that want something a bit more stylish and engaging to drive.