BMW iX first drive | best in class, but not our favourite electric BMW

"Tech-lovers will not be disappointed with the iX. It’s packed with gadgets and innovations. " 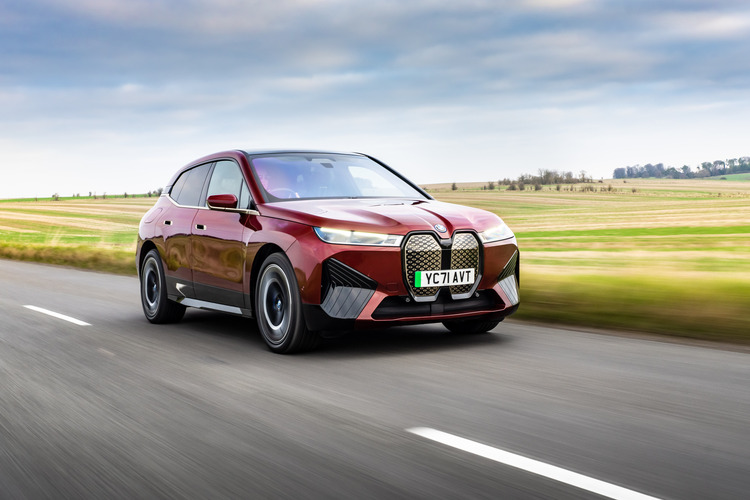 BMW loves a bit of controversy when it launches a new model and, as it embarks on a bold electrification strategy, the iX has undoubtedly been its most questionable choice to date. It bears almost no resemblance to BMW’s core model line-up and represents a departure from its traditionally well-revered formula.

The Munich carmaker already has a pair of credible electric cars, the iX3 and i4, on sale and plans are afoot for more of its combustion-powered favourites to swap pistons for motors over the next few years.

Think of the iX as the i3 MKII. It’s designed to shake up the rule book and show us what BMW’s of the future will all be about. A living concept car, if you like.

The i3’s introduction was rocky. It came at a time when the desirability of big, brash SUVs and saloons was waning, but affordable electric cars lacked desirability. Traditional BMW buyers weren’t keen, but the i3 won many hearts. 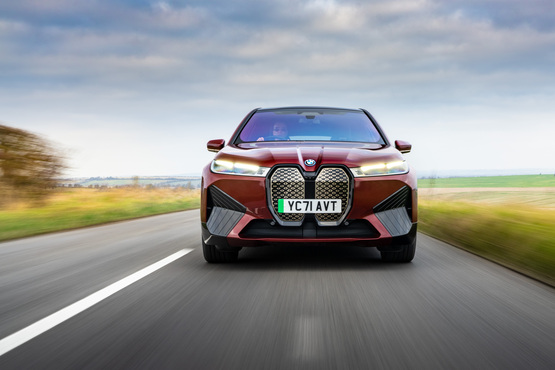 Two versions of the iX are available now – iX xDrive40 and iX xDrive 50 – with an M-performance model-badged xDrive M60 to follow this summer. The xDrive40 can be had for a shade under £70,000 and uses a 76.6kWh battery, giving a range of 264 miles. Opting for the £93,000-plus xDrive50 derivative scores a 111.5kWh battery making the iX capable of travelling 391 miles between charges, according to WLTP tests, but putting it out of reach for most user-choosers.

Both models use two electric motors and have all-wheel drive. The 40 serves up a reasonable 326PS, while the 50 produces 523PS, making it distinctly rapid.

Weight, however, is a problem. The iX is a bit of a porker, tipping the scales at 2.4 tonnes with no passengers, or 2.7 tonnes if you go for the larger battery. While the car’s air suspension just about keeps this in check in the bends, it dampens the powertrain’s full potential.

On the motorway, the iX is happier. It’s quiet, stable and provides a great view of the road ahead. But, at higher speeds, we found the efficiency hovers around 2.5-2.7mi/kWh. In warmer weather this may improve, but it means the realistic ranges are closer to 200 miles for the 40 and 300 for the 50. 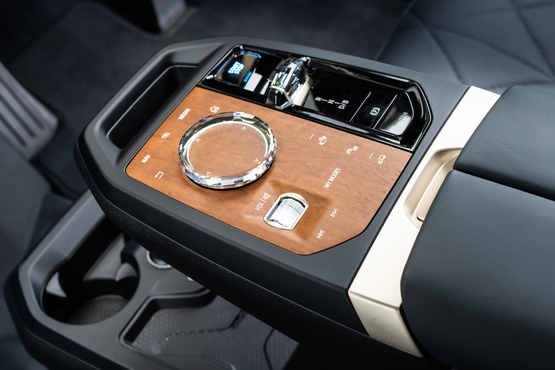 Tech-lovers will not be disappointed with the iX. It’s packed with gadgets and innovations. The seats are heated, cooled and can provide a massage. Each is fitted with five surround sound speakers. Everything is managed via the new iDrive system, which can be controlled by voice, touchscreen or using BMW’s handy central control knob.

Combined with its airy design and use of high-qualitymaterials, the iX’s interior feels special. There’s even a hexagonal steering wheel optimised for future autonomous driving capability.

The iX rises to the top of the large electric SUV segment eclipsing its rivals – the Audi e-Tron and Mercedes EQC – with a better range, more technology and similar running costs. But is it the best electric BMW? Well, the powertrain is certainly a highlight, but we prefer it in the lighter, sleeker and, frankly, less ugly i4.