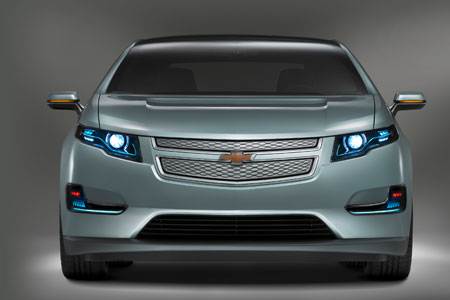 Fleets are set to play a leading role in helping Chevrolet launch its version of the first extended-range electric car in Britain.

Due here in March alongside its Vauxhall Ampera sister car, the Volt will be offered to customers who it is thought are most likely to boost plans to promote next-generation transport from the revitalised GM brand.

“I’m not talking about product placement here – this is all about inviting a carefully-selected group of businesses in the corporate sector to be among the first to buy and experience motoring in the Volt,” Chevrolet UK managing director Mark Terry told Fleet News.

“This product is as iconic to us as the Prius has proved to be to Toyota and demand in the US is already outstripping supply from our factory in Detroit. That means we have to make the most of the vehicles we get.

He said it would currently be impossible to meet all 1,000 expressions of interest, but was asking for increased supply. However, he stressed it was vital to select the ‘right’ customers during the early days of a flag-flying model destined to change the perception of the Chevrolet brand.

Apart from no servo assistance creating a spongy feel to the brakes, the Volt is a credible luxury model offering high comfort levels and relaxing progress. Four driving modes are available, but it is an adequate all-rounder when the propulsion system is left to its own devices.

Like the Vauxhall Ampera, the Volt is driven by an electric motor whose battery range is up to 50 miles from a plug-in charge. But when the plug-in range has expired, a 1.4-litre petrol engine takes on charging duty allowing the Volt to continue to be propelled on electric power.

Styling changes differentiate it from the Ampera and a stunning interior layout blends sophistication with cool looks, backed by leather trim and a full array of upmarket equipment, although the lack of a grab handle over the front passenger seat is a surprising detail omission.
According to Chevrolet, range anxiety remains a significant barrier for many customers who might potentially choose a pure battery EV, or discourage them from just having an EV as the only car in the household.

While the Volt will run 50 miles on its plug-in charge, the engine will continue to charge the battery for up to a further 300 miles, with more possible merely by refuelling the car.

Terry added: “I think we can make a strong case with a price similar to many diesel-powered Insignia and Mondeo models because we’re offering massive potential savings in fuel costs.

“If you’re going to get more tax benefits than those on offer at present, any other incentives mean it makes no sense at all to buy cars powered by regular internal combustion engines.” he said.