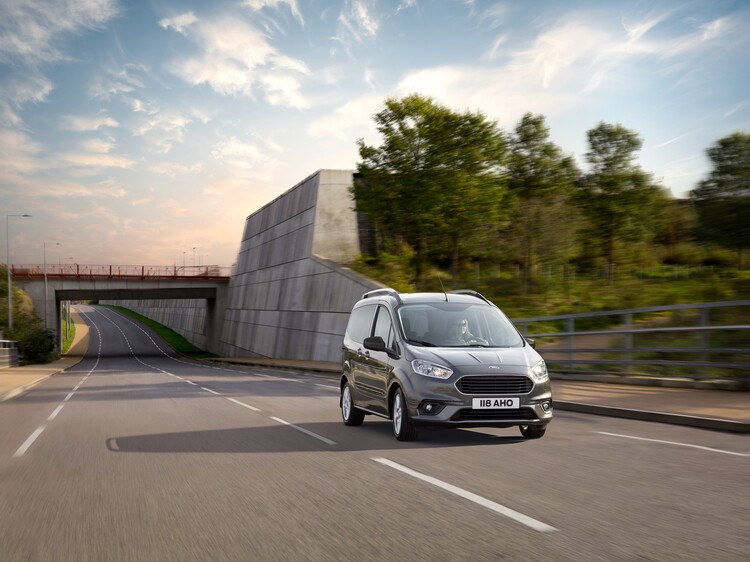 Ford has discontinued the B-Max and now offers the Tourneo Courier as an alternative to the typical family SUV.

It isn’t the last word in luxury – but it’s not designed to be. The Courier starts at £14,815 – £3,000 less than the entry level Ecosport – and the specification at this price is basic.

Wheel trims feature as standard on the Tourneo Courier, which is available with either the 1.0-litre petrol, or 1.5-litre diesel. Paired with the Fiesta-based chassis, the five-seater feels more enjoyable to drive than its functional looks may suggest. A six-speed gearbox is standard, which is crisp and engaging.

Front legroom is plentiful, though rear legroom is a little limited. The boot is square and usable. Its party trick is the folding rear seats that split 60/40, and can then be folded up for an even larger, flat load area.

The seats themselves are well padded and comfortable, taking very little adjustment to get comfortable.

The outgoing B-Max offered much of the same functionality, but in a more presentable package – though drivers still preferred the appeal of an SUV.

The Tourneo Courier isn’t likely to suddenly lure hordes of drivers back, but it does offer a credible alternative. If you run a lot of Fords, require a good amount of usable space and transport the occasional rear passenger, then this MPV may be a good fit for your fleet.