"Aside from the in-house competition, the Vauxhall Combo squares up to the Fiat Doblò, Ford Tourneo Connect and Volkswagen Caddy Life – all van-based people carriers." 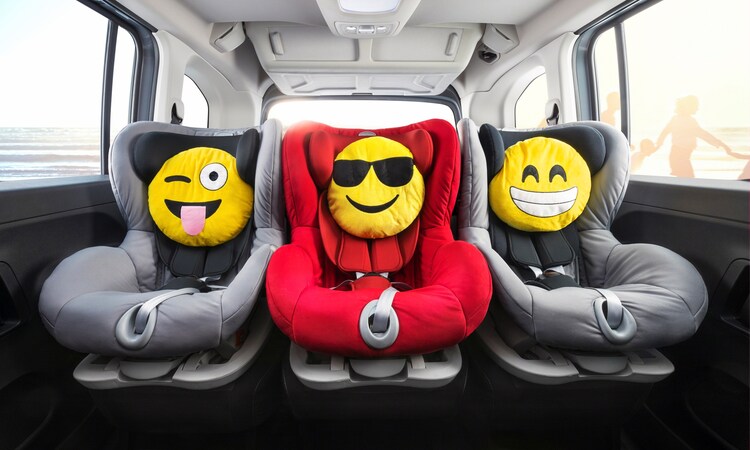 Effectively, this is a passenger car version of the fourth generation Combo van – designed for those who want something in between a crossover and a people carrier.

Previous van-derived car versions of the Combo were based on the contemporary Vauxhall Corsa hatchback and the outgoing version was a re-badged Fiat Doblò Cargo.

However, following PSA’s acquisition of Vauxhall, this one is a derivative of the latest PSA Peugeot-Citroën small van.

Aside from the in-house competition, the Vauxhall Combo squares up to the Fiat Doblò, Ford Tourneo Connect and Volkswagen Caddy Life – all van-based people carriers.

Its vertical body panels free up an incredible amount of interior room, with space for up to seven people.

In the seven-seat version, the middle-row is three individual chairs – all with Isofix childseat-mounting points, a strong selling point – while the side doors slide to avoid car park dings from over-enthusiastic kids getting in and out.

Two lengths of Combo Life will be available, measuring 4.40m and 4.75m nose to tail. Even in five-seater mode, the shorter Combo Life will still swallow 597 litres of luggage, while the longer one has a maximum two-seater capacity of 2,693 litres.

Interior storage is, as you’d expect, immensely practical and there’s a hinged rear screen to access the boot when there isn’t room to completely open the tailgate.

A pair of four-cylinder BlueHDi diesels, and a three-cylinder PureTech petrol are offered in the Combo Life.

Setting the Combo Life apart from non-PSA rivals, there’s a wealth of safety equipment available – much of it standard, contributing to low insurance groups.

Lane-keeping assist, automatic emergency braking and adaptive cruise control are among the highlighted features, but one that caught our attention is the Flank Guard.

Rather than a sacrificial, physical panel, the Flank Guard is a series of 12 sensors along the Vauxhall’s sides that monitor for obstacles such as low-height bollards that the driver might not have spotted.

Expectations for the Vauxhall Combo Life can be realistically managed, as this is a car that has origins in a small commercial vehicle. At least, that’s how it appears on paper; the lines are somewhat blurred when you get into the Combo and start driving it.

The engines are surprisingly potent and the Combo Life’s motorway behaviour is particularly good for the class and cost, with relaxed progress and no worries about hills with the 130PS diesel; the three-cylinder petrol may need a shift down for inclines, particularly when full of passengers.

The Combo Life is the very essence of a family car, shorn of all pretence to luxury, sporting prowess or performance.

This uncompromising approach is admirable, particularly as this is one of the few 4.4-metre long cars that will take three children in appropriate childseats – and two adults.