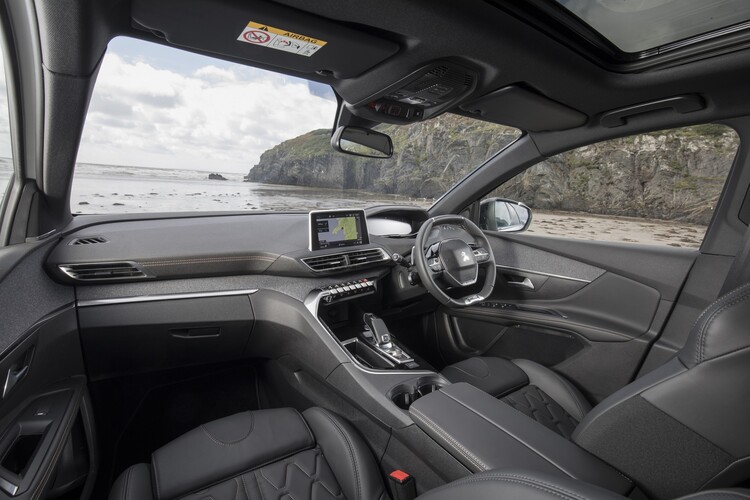 The latest generation 5008 has trodden the same path from MPV to SUV as its smaller 3008 sibling did a few months earlier.

Peugeot has reacted to a market trend where demand for people carriers has fallen, replaced by a desire for SUVs.

It’s a sound decision. The 5008 MPV was a fairly non-descript, frumpy seven-seater that failed to capture the public, or fleet, imagination. The 5008 SUV is an entirely different proposition.

Aesthetics aside, to be a success with fleets and their drivers, the 5008 needs to add up on price, running costs and taxation, not to mention driving experience and practicality.

It excels on the latter two, with ample boot capacity of 780 litres, a multitude of storage spaces dotted around the cabin and plenty of room for six passengers. Expect no complaints from the rearmost seats, even on long journeys.

While the steering is a touch light, resulting in a lack of feedback on corners, it is respectable enough on a car of this size and did make around-town driving a breeze.

Ride was smooth thanks to its slightly softer suspension, again benefiting those sitting in the third row, while the flat top/bottom steering wheel was strangely alluring to handle.

Maybe it was the novelty, but I liked it.

Peugeot was one of the first manufacturers to start issuing ‘real-world’ fuel efficiency figures some 18 months ago, giving it a head-start on most competitors. However, the 5008’s performance is a bit disappointing.

The car struggled with the undulating and winding roads of the Yorkshire Dales – admittedly with an almost-full load of four adults and two children – barely registering 36mpg.

It fared better on the motorway, this time with two adults and two children, touching 46mpg, but that is still down considerably on the official 57.6mpg. We expected better.

Nevertheless, Peugeot is a brand on a march.

The 3008 and 5008 have provided a much-needed shot in the arm, which the new 508 will now hope to build upon. In common, they have style, practicality and a great driving experience – three attributes close to Peugeot’s heart.