"There is certainly a lot to love about the Discovery; it engenders emotions that large SUV rivals can only dream about. " 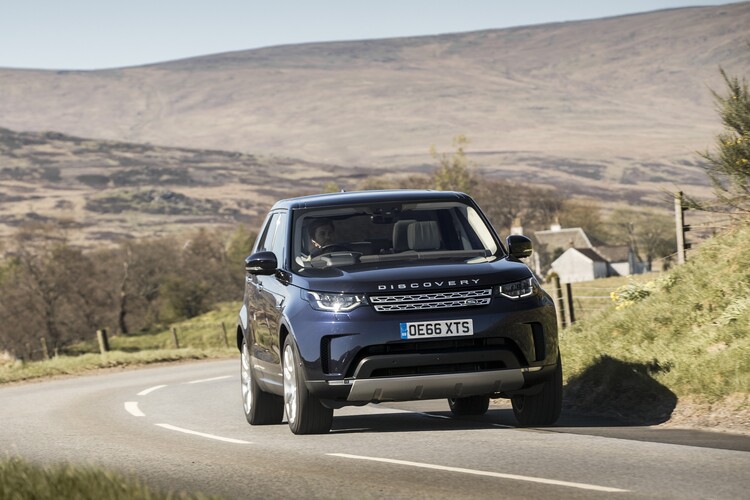 Together with the Defender and Range Rover, the Discovery is one of Land Rover’s iconic jewels – a halo model and an indicator of the health of the brand. Having been through four regenerations over almost three decades, a new Discovery deserves fanfare.

For series five, launched last year, Land Rover has dispensed with the numeric suffix that adorned the previous two incarnations. The tacit suggestion is this is less an evolution of predecessors and more a reinvention.

It takes just one glance to buy into this ethos. Gone are the trademark boxy, upright edges at front and rear, replaced by curves and wraparound lights. The bonnet sweeps back from the grille, while an angled C-Pillar visually helps to further improve the proportions and rear three-quarter visibility.

It is also better to drive. Yes, there is still a large dollop of body roll, but it’s not excessive considering the size and weight (2.2 tonnes) of the car and the size of the tyres – 19-inch 255/55. The steering is certainly more responsive.

The seats are comfortable, though a touch more lumbar support would’ve helped on longer journeys, while the Land Rover has upgraded the quality of interior materials. The switches and soft-touch furnishings are far more premium than before, although not quite in the league of the Mercedes-Benz GLS-Class or Audi Q7.

We averaged a little more than 40mpg from the 2.0-litre 240PS Sd4 diesel engine (with auto eight-speed transmission and four-wheel drive) on longer journeys, just 3.5mpg below the official figure, although this dropped to a disappointing mid-30s on short, about-town trips.

Land Rover builds its heritage on its off-road brilliance and, while we were unable to test the Discovery’s mud-plugging abilities for ourselves, it has a 900m wading depth and extensive technology in the Terrain Response system to keep you moving. Land Rover claims this is its most capable off-roader yet. Strong words.

There is certainly a lot to love about the Discovery; it engenders emotions that large SUV rivals can only dream about.

That perhaps explains why its UK sales continue to flourish with volumes just below 11,000 last year, up 13% on 2016.

However, it’s not all praise. The diesel engine is coarse and less efficient than rivals, while the middle row of seats is in a 2+1 configuration for folding and sliding. The Q7 and XC90 have family-friendly seats that slide and recline individually.

The biggest frustration is the sat-nav system, which requires a sim card (not supplied) to access the internet to get live traffic updates. Deprived of it, you are blind on long journeys, reliant on a passenger with Waze or AA Live Traffic, or the accuracy of the overhead motorway warning signs.

It’s a shame because the system is actually very good; intuitive to programme with accurate time of arrival (on clear roads) and easy-to-follow directions.

As to which large SUV is the best, it depends on your priorities. The Land Rover is our tip for passenger space and comfort. It is undoubtedly the best ‘go anywhere’ off-roader.