"In sporty S line spec, the Q7 is fitted with just about everything a company director needs, including digital instruments, 3D satellite view satnav and a Bose sound system." 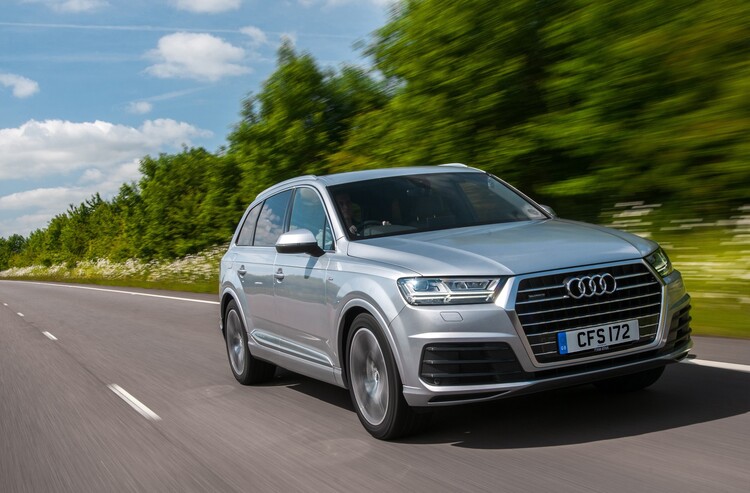 It’s a bit of a bruiser the Audi Q7. Those flat sides and its humungous front grille give the seven-seat SUV an intimidation factor to rival something from the Ministry of Defence’s toy box.

But, step inside and fire up the 3.0-litre V6 diesel engine and you quickly realise the Q7 is quite the pussy cat.

The silky smooth powertrain purrs away, while delivering 272PS.

Performance is more than adequate for such a large vehicle – zero to 60mph takes just 6.5 seconds.

In sporty S line spec, the Q7 is fitted with just about everything a company director needs, including digital instruments, 3D satellite view sat-nav and a Bose sound system.

There is no beating around the bush that the Q7 is an exuberant company car choice. It has emissions of 158g/km and a list price exceeding £60,000, once you’ve added a few options.

Our test model cost an eye-watering £71,000, but for those in the highest earning brackets of a business, even the £900 monthly BIK costs aren’t going to seem excessive – a Q7 would set a driver back more than £1,000 per month if they wanted to lease one themselves.

Perhaps that is why fleet sales of the Q7 account for almost half of all registrations.

When competing with the likes of Range Rover, Mercedes and BMW in this premium SUV segment, size is important.

The Q7 is not shy of its dimensions. When driving it, however, the bulk soon disappears and the only shock comes once you’ve slotted in between two parked cars and you realise there is no room to open the door.

It really is easy to drive for such a humongous vehicle.

A likely choice for those with families, the Q7’s width may help fit everyone in in comfort, but finding somewhere for all on board to disembark is a greater challenge than the parking manoeuvre itself.

As a motorway cruiser, the Q7 is happy to barrel along with the grace of an executive saloon. The refinement and muscular looks comes at the cost of fuel economy though.

During our test we struggled to achieve 30mpg on some trips, with an average of 32mpg for the week. The official figure suggests 47 is achievable.

Interior quality is among the best in the class, although it uses less up-to-date switchgear and infotainment than the latest crop of Audi’s.

Compared to its rivals, the Q7 is cheaper and offers lower running costs. Its closest rival is the seven-seat BMW X5, although this is due to be replaced before the end of the year.

A comparable Range Rover Sport carries a £9,000 premium, making the Q7 the most appealing model in this segment.