"Unlike the great-handling Ateca, Tarraco puts emphasis on comfort over sportiness" 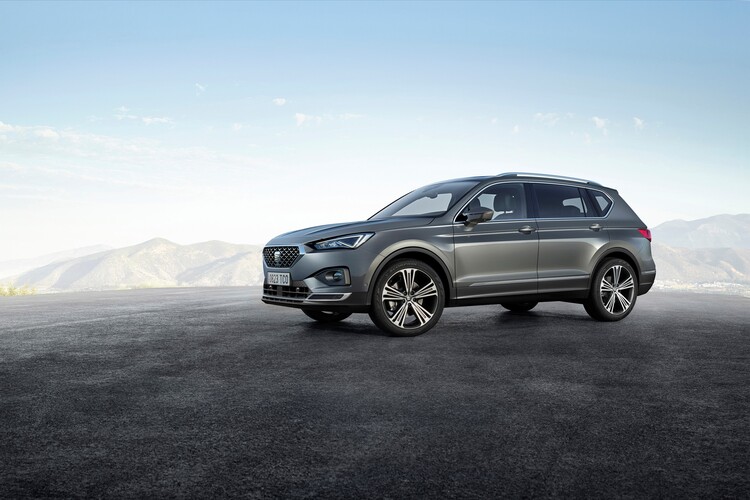 Seat’s fleet performance has improved in the past two years since it gained its first two SUVs – the Ateca and Arona. In February, the line-up will be complete with the all-new Tarraco.

Based on an extended MQB production platform, and built at VW Group’s Wolfsburg plant in Germany alongside the Volkswagen Tiguan Allspace, Tarraco is Seat’s largest SUV and has seven seats as standard in the UK.

Like most rivals in this sub-segment, Tarraco is aimed at drivers who’ll only occasionally need to use the rearmost seats, so the Seat Alhambra, its MPV, will be protected. Seat says there is no intention for Tarraco to be its sole seven-seater.

Tarraco’s arrival means Seat now has vehicles in 80% of the new car market’s segments. It’s an important flagship, and is the first model to adopt a new design language at the company, distinguished from older Seat models by a more prominent grille, sunken headlamps and a full width rear light.

More will become evident in the new Leon, which will be revealed at Geneva Motor Show in March.

There will be four-wheel drive models, offered only with 190PS 2.0-litre engines in petrol or diesel form. However, demand is predicted to be low.

Company car tax will be around £150 per month for the 150PS diesel in fleet-friendly SE Technology trim. The Peugeot 5008 is around £20 per month cheaper due to its 109g/km CO2 emissions.

Unlike the great-handling Ateca, Tarraco puts emphasis on comfort over sportiness. Seat has no plans to offer a high-performance Cupra Tarraco, unlike the Ateca, but an assertively-styled Tarraco FR may be added if demand is there.

And the carmaker has confirmed it will launch a plug-in hybrid Tarraco in 2020, which will have an expected range of 30 miles in pure electric mode.

Tarraco is priced and equipped to compete strongly with segment rivals.

To compare the Tarraco with rivals such as the Nissan X-Trail or Hyundai Santa-Fe, go to fleetnews.co.uk/cars/

As AM editor, Tim is responsible for the media content planning and production of AM's multiple channels (AM print and digital magazines, website, social media and contributing to our events planning). He interviews and write about as many franchised dealer groups and UK divisions of motor manufacturers as possible, to explore the issues facing UK motor retail and understand what solutions dealers and suppliers are using to overcome these.