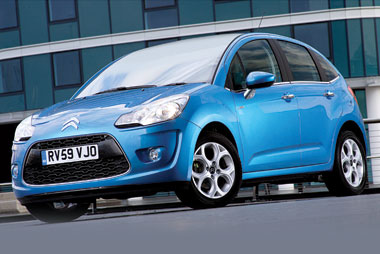 Citroën is working hard at redefining its image as a producer of clever and stylish cars.

While recent concept cars have made headlines and the DS3 has led the attack against smaller premium cars such as the Mini, Fiat 500 and Alfa Romeo Mito, Citroën is also revitalising its attack in the traditional sectors.

The C3 shows how far cars have moved on in the years since its predecessor was launched, as well as a barometer for where Citroën has repositioned itself as a brand.

When the original C3 was launched in 2002 it faced criticism about the perceived quality in the light of other new small cars that appeared at the same time, including the Volkswagen Polo and Ford Fiesta.

Citroën’s big retail offer back then was widespread ‘cashback’ across the range, which took its toll on resale values.

Citroën has since pulled back from these kinds of incentives, and RVs have been sturdier as a result.

The latest C3 arrives a few months after a new generation Polo and Fiesta and the improvement in the quality of materials used in the new Citroën and the fit and finish
is evident.

Rear seat occupants have a little less kneeroom than we expected, but the car is otherwise roomy.

The version we tested was a 1.6 VTi Exclusive – which despite being the most powerful engine currently available with 120bhp (it’s the same as used in the Mini Cooper), has
the joint lowest emissions of the petrol models.

Comfort is a priority in the C3 and this is reflected in the more supple ride and general refinement.

It also means the C3 doesn’t feel as sharp on the road as some cars in this sector, such as the Mazda2 and the Ford Fiesta.

One of its unusual features is its panoramic windscreen fitted to VTR+ and Exclusive models as standard.

Although there’s no practical benefit, it’s nice to let in a bit more light.

With a range of engines competitive on CO2 emissions (including a 99g/km diesel) and stronger residual values than before, the new C3 is a much brighter fleet proposition.

To book a test drive with the latest Citroen C3 model, reserve your place at the Greener Company Car In Action today, for more information visit