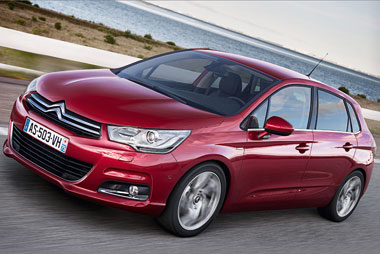 Citroën is confident the all-new C4 will boost its fleet market share thanks to a combination of factors that will make it fit for purpose in the sector: low operating costs, high safety levels and standards of design and practicality.

To be launched in January, the fleet sector – including Motability – is expected to represent up to 60% of total volume, matching that of the upper-medium C5 and a confidence expressed by UK managing director Linda Jackson the C4 “will be best or second in class for SMR costs”.

“The new C4 is a classic, mainstream fleet car,” she said. “It’s built for purpose, has strong environmental credentials and will have strong residual values.”

Of primary importance to to fleets is the new series of HDi engines called e-HDi.

Offering a stop/start system, cuts the engine when it comes to a stop or from 5mph during deceleration with the six-speed clutchless gearbox.

The technology, Citroën says, cuts fuel consumption and CO2 emissions by up to 15%.

There will be four petrol versions – VTi 95 and 120 with five-speed manual transmission, a four-speed automatic VTi 120 and THP 155 with a six-speed clutchless manual gearbox, also in the e-HDi 110 model.

Citroën and Michelin have also developed a new energy saver tyre fitted to e-HDi models which cuts emissions by up to 5g/km compared to standard tyres and saves up to 200ml of fuel per 100km – or 90 litres – during the life of the tyre.

In terms of safety there are a number of new features. C4 offers a blind spot monitoring system, which displays an orange symbol in the side door mirrors when it detects an object out of the driver’s vision.

It’s active between 8mph and 87mph, monitoring an area from the front door mirror to five metres behind the rear bumper and up to 3.5m either side.

The C4 also has a programmable speed limiter and cruise control (giving the ability to memorise up to five speed settings) and front fog lamps with static cornering lighting, unique to the C4.

These lights provide a second light source inside bends to increase visibility and are activated when the indicators are turned on or when the steering wheel is at 60 degrees.

Branded eTouch, the C4 also offers localised emergency and breakdown calls via an SOS button in the console above the windscreen.

An on-board sim card provides vehicle location so the emergency services can reach it quickly.

Available through eTouch on the web are a virtual service book and Eco Driving service, each warning the driver of mechanical or safety issues and measure fuel economy and CO2 emissions. The service is free and available round the clock.

In terms of its comfort and practical appeal, added dimensions on the previous model provide more headroom for rear passengers, a biggest in class boot at 408-litres plus a host of storage compartments, including a lighted glovebox, door bins that can carry 1.5-litre bottles, a drawer under the front seats and a new central console with four storage areas, including one that is lit, cooled and able to hold four 500ml bottles.

The features combine to create a car that Citroën says is designed for ‘business-class’ travel.

The C4 has abandoned some of the quirkiness of the previous model in favour of a more purposeful and substantial looking car geared towards low running costs.

It should become more popular with fleet customers as a result.