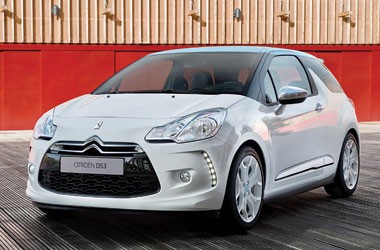 It oozes kerbside appeal and sets a fresh standard in bespoke mini motoring – but does Citroën’s latest car have what it takes to change the way fleets feel about the brand?

Though it will never match the icon it is named after in terms of groundbreaking chic and technical innovation, the first of a fresh DS model line wins second looks with stand-out styling.

Another surprise comes inside as occupants discover the kind of cabin that would do justice to a car with a more upmarket nameplate.

With its blend of high-end quality, neat detailing and palette of 38 paintwork combinations for its bodywork and roof panels, the DS3 is ready to cut a dash in the user-chooser sector.

But as it wins fresh respect for Citroën, the sophisticated supermini also represents the strongest challenge yet to the mighty Mini.

And in giving its package of pocket-size prestige even greater potential for customisation, Citroën has produced a significant rival.

Comparisons are inevitable because the DS3 uses engines developed jointly by both companies – and the THP 150 proves to be a delight in the top DS3.

With particular attention to sound proofing and with thicker windows and an acoustic screen, the car is noticeably quieter at all speeds than the C3 it is based on and feels particularly refined during cruising.

Priced from £11,700 to just short of £19,000 for a fully-loaded example, the DS3 is roomy and boasts more luggage capacity than the Mini.

The UK car might be superior in some areas, but its French rival is good enough to make it a close call overall.