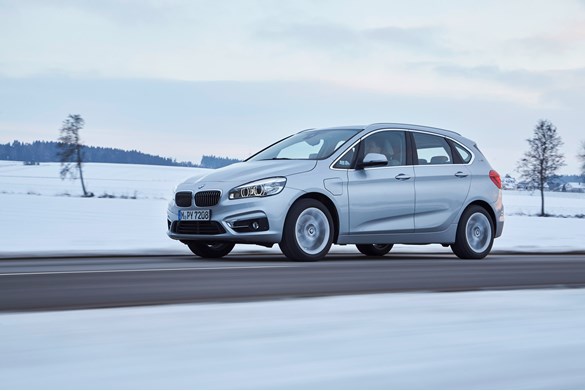 Fleet operators who want their vehicles to reflect greater concern for the environment are expected to boost sales of the BMW 2 Series Active Tourer.

With its petrol engine supplemented by an electric motor, the new plug-in hybrid model will have strong appeal in the corporate sector, believes Ian Wasp, product manager for BMW UK.

"Since its introduction at the end of 2014, the Active Tourer has become something of a segment benchmark and our pure electric i3 model has also been a great success over the same period," he said.

"This new product puts them both together in a car that offers a best-of-both-worlds solution for the growing number of companies who want to combine high efficiency transport with green credentials.

"Potential savings for fleet operators are phenomenal because trips of up to 25 miles can be completed in EV mode,  and as more businesses are keen to show their customers they care about environmental issues, we are confident our car will tap into this new corporate desire."

Available from April, the model is the first premium hybrid in its market segment and the only plug-in car to feature an on-demand electric all-drive system.

Positioned close to the automatic 225i XDrive in pricing after the Government plug-in grant, it boasts a larger load capacity than the Volkswagen Golf GTE or Audi A3 E-tron.

"This is a good business and family vehicle with a boot capacity of 400 litres and, unlike other plug-in models, has a versatile interior layout that's not compromised by the battery pack," said Wasp.

"I think it could have appeal to buyers who are already considering the standard version and given the significantly lower cost of travel on electricity, it could be of particular interest based on the mileage they cover and the way they use their vehicles."

Quiet and surprisingly nimble when moving away from rest, the 225XE is capable of reaching 78mph with only electric power driving its rear wheels, but its smooth and almost silent three-cylinder engine makes a considerable difference when the car’s energy management system brings it into action.

As in regular versions, the twin-turbo unit drives the front wheels. In the hybrid, it is linked to a slick six-speed Steptronic transmission that provides imperceptible switches between ratios. The power package operates with impressive smoothness in the default comfort driving mode, alters accelerator response and shift patterns in sport and features a coasting function in an eco pro setting designed to achieve maximum economy.

Like its traditionally-driven counterparts, the 225XE is a lively performer and the 150kg extra weight of the hybrid powertrain at the rear benefits roadholding composure as well as ensuring optimum grip in all-drive mode.