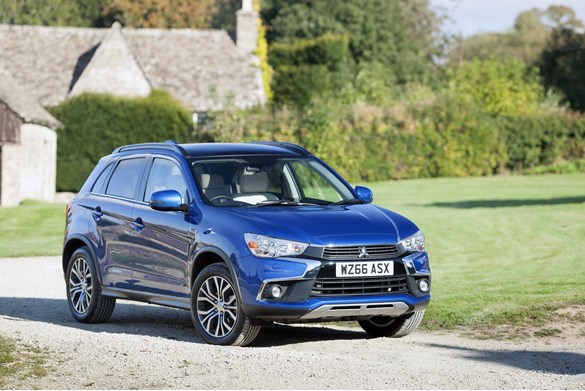 Registrations of Mitsubishi ASX models are expected to triple over the next couple of years as a result of the showroom success achieved by the pacesetting Outlander PHEV and Mitsubishi Motors UK has taken on extra staff to handle increasing interest in the range.

“The fact that the PHEV has been taken on by so many fleet operators means the ASX is now on the radar of potential customers who would not have considered it before,” said sales and marketing director Toby Marshall. “This is an opportunity we can’t miss and we have boosted our fleet resources with the addition of two new people to our fleet sales team. We now have five managers reporting to our national fleet sales manager.”

Speaking at the launch of the fifth generation of the crossover, he told Fleet News: “My ambition is to win a substantial amount of new fleet business with the ASX. It is our third most popular model after the Outlander and L200 and is a key to our future growth. Not everyone wants a car that’s as big as a Sportage or Qashqai or as small as a Captur, so the fact that our model straddles both size segments puts us in a good position. There’s absolutely no reason why ASX can’t be a success in the fleet sector.”

Business registrations accounted for 29% of the 3,500 units sold last year and Marshall is aiming to treble that proportion.

“We are looking at the market and working out what we think we can do and where we can compete most effectively. We are also working with many more fleet customers,” he said.

Almost 50% of ASX sales are high level, all-drive versions and a revised frontal appearance using the new Mitsubishi ‘dynamic shield’ styling is the most significant change to effectively lift the profile of the roomy model, which has a 419-litre boot. Other improvements, including a new multimedia system with sat-nav and aluminium sports pedals, also give a more upmarket feel to the latest car.

Despite suffering a small amount of transmission vibration on initial power take up, the six-speed auto unit delivers imperceptible ratio changing and rapid response when maximum acceleration is needed. It also offers a choice of two- or four-wheel drive operation at the push of a button.

With a revised multi-link rear suspension setup, the car has a nimble overall demeanour with excellent stability and feels refined and relaxed when cruising.