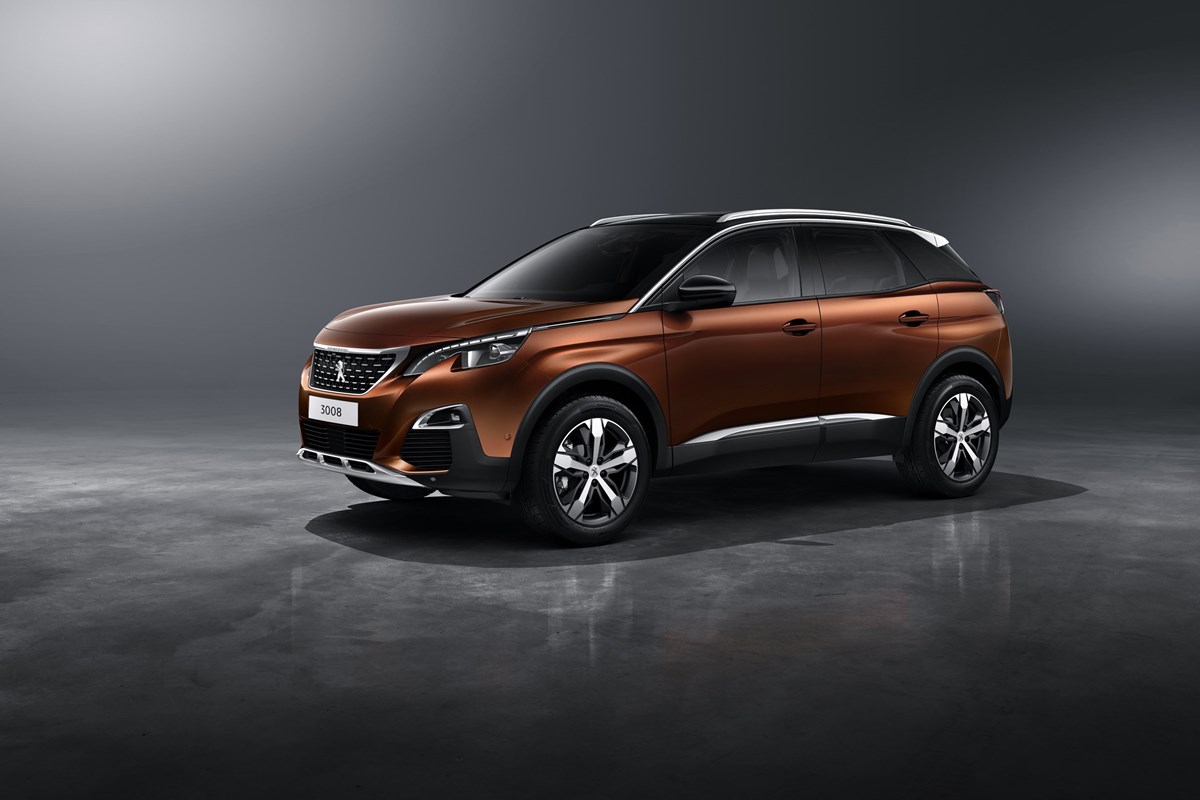 The second-generation Peugeot 3008 has undergone a change of identity. Its predecessor was perhaps a slightly awkward looking evolution of a five-seat MPV with a hint of SUV ruggedness.

The new 3008 is absolutely being marketed as an SUV to take advantage of the continued growth of this sector in Europe, but perhaps with one key ingredient missing that the first 3008 was able to offer. There is no four-wheel drive version.

Four-wheel drive was only offered on the first 3008 through the company’s diesel-electric hybrid system, where the electric motor powers the rear wheels and the engine drives the front wheels.

But Peugeot has talked a good game on the smaller 2008 with its ‘Grip Control’ enhanced traction front-wheel drive system, which also includes mud and snow tyres. This should keep the car moving in tricky terrain.

The 3008, and the soon-to-be-launched 5008 SUV, will make use of this feature and, in any case, the majority of medium SUV customers don’t want four-wheel drive.

While Peugeot isn’t seeking to redefine the SUV sector with this model, it has its own style, and its interior and dashboard are distinctive and look more advanced than those in rivals.

Similar to Audi’s Virtual Cockpit (a £400-plus option on those cars), it can be set to the driver’s preferences, always showing vital information such as the car’s speed, but can also duplicate the navigation map (when specified) and other data.

There is also a dashboard-mounted eight-inch touch-screen to access audio, climate control and other settings, with a row of switches beneath. The cabin is an ultra-clean design, lacking in clutter and has an upmarket feel.

The 3008 is available with 130PS 1.2-litre and 165PS 1.6-litre turbocharged petrol engines as well as 1.6-litre (with 100PS and 120PS variants) and 2.0-litre (with 150PS and 180PS variants) BlueHDi diesels. It’s far more likely that business users will favour the diesels, although even the petrol variants offer CO2 emissions below 130g/km.

There are four equipment grades: Active, Allure, GT Line and GT, the latter only available with the 180PS 2.0 BlueHDi and six-speed automatic transmission.

The 3008 has sharp responses, thanks in part to the small steering wheel which helps it feel more direct, and excellent body control. The car dealt with a mixed test route very well, taking variable conditions in its stride, and gave no worries on a deeply potholed gravel track.

It has a spacious and comfortable cabin, as well as an impressive sized boot with a minimum 520-litre capacity. Whether sales will be harmed from not offering a four-wheel drive version remains to be seen, as take-up of four-wheel drive varies across the sector, remaining relatively low for a car like the Nissan Qashqai, but higher on some others. However, when chosen with Peugeot’s Grip Control, the 3008 ought to cope with most drivers’ light off-road requirements.

The medium SUV sector is becoming crowded, and increasingly popular with user choosers. But the 3008 stands out as an impressive all-round family car.