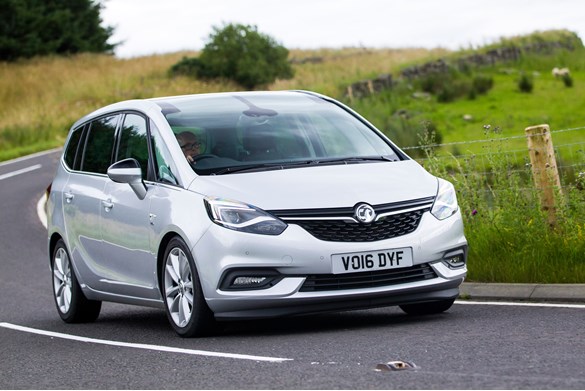 Vauxhall launched the latest version of its Zafira Tourer seven-seat MPV in October, and expects most sales to come from fleets.

Of the 10,000 Zafira Tourers registered to the end of September, 87% were to fleet and the carmaker expects the fleet/retail split on the refreshed model to be 90/10.

The exterior of the Zafira Tourer has a new front end which echoes the Astra, while the interior features a redesigned instrument panel. The screen of the infotainment system, which previously sat on top of the centre console, has been replaced with an integrated screen.

The car retains the Flex7 seating system (which allows the seating layout to be altered without removing and reinstalling seats), FlexRail centre console armrest (which can be removed to store large objects between the seats) and Flex-Fix bicycle carrier.

There are three engines on offer: a 1.4i Turbo and the 2.0-litre CDTi (which are both available in either manual or automatic transmission), and a 1.6-litre CDTi EcoFlex (manual only). The latter, which has CO2 emissions of 119g/km and a combined fuel economy figure of 62.8mpg, will be the most popular with fleets.

A smartphone app also allows drivers to locate their vehicle and lock/unlock their car doors remotely, as well as displaying diagnostics such as tyre pressure, fuel and oil levels.

Company car drivers can trial OnStar free of charge for the first 12 months, followed by an annual subscription fee of £89.50. The Wi-Fi Hotspot is free for up to three months or 3GB of data volume usage (whichever comes first).  Subsequent Wi-Fi data packages are available for purchase after this point. For example a 28-day package costs £20.

Following concerns from leasing companies (Fleet News, June 9), Vauxhall contract hire and leasing manager Richard Roberts said: “We are not in disagreement with leasing companies and are working with them so they continue to have control over their processes; for example, we don’t send drivers to a different dealer than the owner wants to use.”