"Thankfully the engine is a real gem. It revs freely, sounds great and – according to the official specifications – has a modest appetite for fuel." 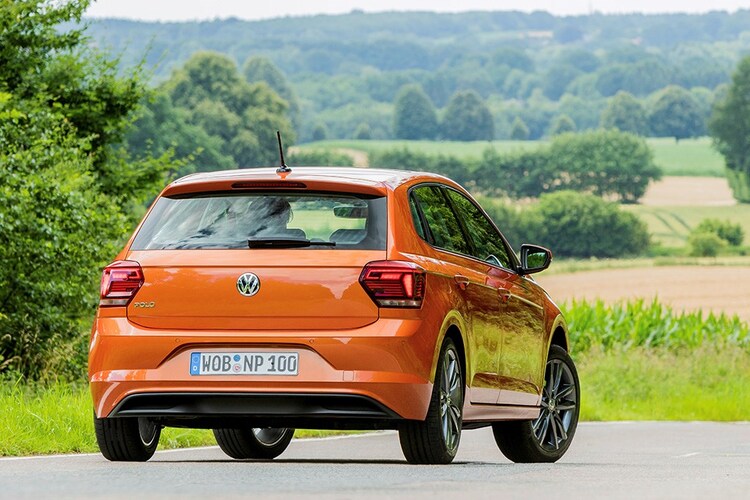 The new sixth-generation Polo is bigger, stronger and more intelligent than anything that came before it.

It squeezes the boundaries of its sector. As the car that was once the entry point to the Volkswagen stable, it is now the second tier – thanks to the introduction of the Up – and is knocking on the door of its Golf bigger brother.

Volkswagen says the focus of the Polo’s design was to increase cabin space and feature ‘big car’ technology.

On its Fleet News report card it gets an ‘A’ for both.

A 351-litre boot helps the Polo to eclipse rivals for outright load-lugging, and even puts to shame the Ford Focus, which only manages 316 litres.

The new platform that lurks under the Polo’s skin is the latest from the Volkswagen Group. It first appeared in the Seat Ibiza which launched earlier this year.

Both cars share a similar stance but the Polo takes a more classic approach to styling, playing it safe compared to the more edgy Seat.

A longer wheelbase allows for plenty of room inside. With the trend towards larger SUVs it’s unlikely many families will choose the Polo over something like a Tiguan or Seat Ateca but we have no doubt the smaller car would suffice.

One of the most noticeable attributes is the improvement in refinement.

The Polo is very relaxing at motorway speeds with little road or wind noise intrusion.

Its suspension errs on the soft side, which is probably the best move as the Ibiza already fills the requirements for something more nimble.

Our test route didn’t offer many opportunities to push the Polo’s handling beyond the usual day-to-day scenarios but it was clear it doesn’t quite match the Ford Fiesta for agility.

However, there are no nasty surprises and Volkswagen promises there will be a GTI version available next year for user-choosers with deep pockets (and an understanding fleet manager).

What you can do is specify adaptive dampers, although prices are yet to be confirmed. They make the ride even more supple in comfort mode, but stiffen up in sport which should be enough to satisfy the average driver.

Volkswagen has not yet revealed the final UK engine line-up but we tested the 1.0-litre TSI petrol motor in both 95PS and 115PS. Petrol engines are expected to account for 95% of sales so these three-cylinder lumps have a lot riding on them.

Thankfully the engine is a real gem. It revs freely, sounds great and – according to the official specifications – has a modest appetite for fuel.

We also drove the 95PS diesel. It’s a 1.6-litre unit and is likely to be the economy champion, although we expect it will cost around £1,200 more than the equivalent petrol so wholelife costs will only be favourable for the highest mileage drivers.

It carries a bit more punch in the mid-range but on the whole is a little gruff compared to the petrol.

The 95PS and below engines get a rather old-school five-speed manual gearbox, while the more powerful units get an extra cog.

We also tried the seven-speed DSG which is a great transmission, hindered only by a slow response time due to the stop-start system.

A staggering array of kit is offered on the new Polo; unfortunately at the time of writing we do not know how much will be standard or what options will be available in the UK.

We do know all models will feature air conditioning, and the range is likely to closely mirror the new Golf.

The latest eight-inch touchscreen multimedia system provides connected services, DAB, sat-nav and smartphone integration and complements the optional Active Info Display which has been redesigned with better graphics and a more user-friendly interface. It is also positioned higher on the dash than in previous Polos to make driver interaction safer.

Other highlights include a Beats 300-watt audio system, LED headlights, keyless entry and start and a host of colour options for the interior and exterior.

The range now suits a wider market with youth-focused options like orange paint, big wheels and stripes alongside more conservative colours and trims.

We’ll have to wait for the prices to decide if the Polo is a good value fleet choice – where Volkswagen expects 30% will be sold – but with residuals expected to be among the highest in the sector and prices rumoured to start at £12,500 it’s unlikely this new model will disappoint.