VW's Touareg is 'technological showcase' despite lack of hybrid at launch, first drive

"Full trim details have yet to be published but it is clear that Volkswagen’s flagship SUV is being positioned as a technological showcase for the brand." 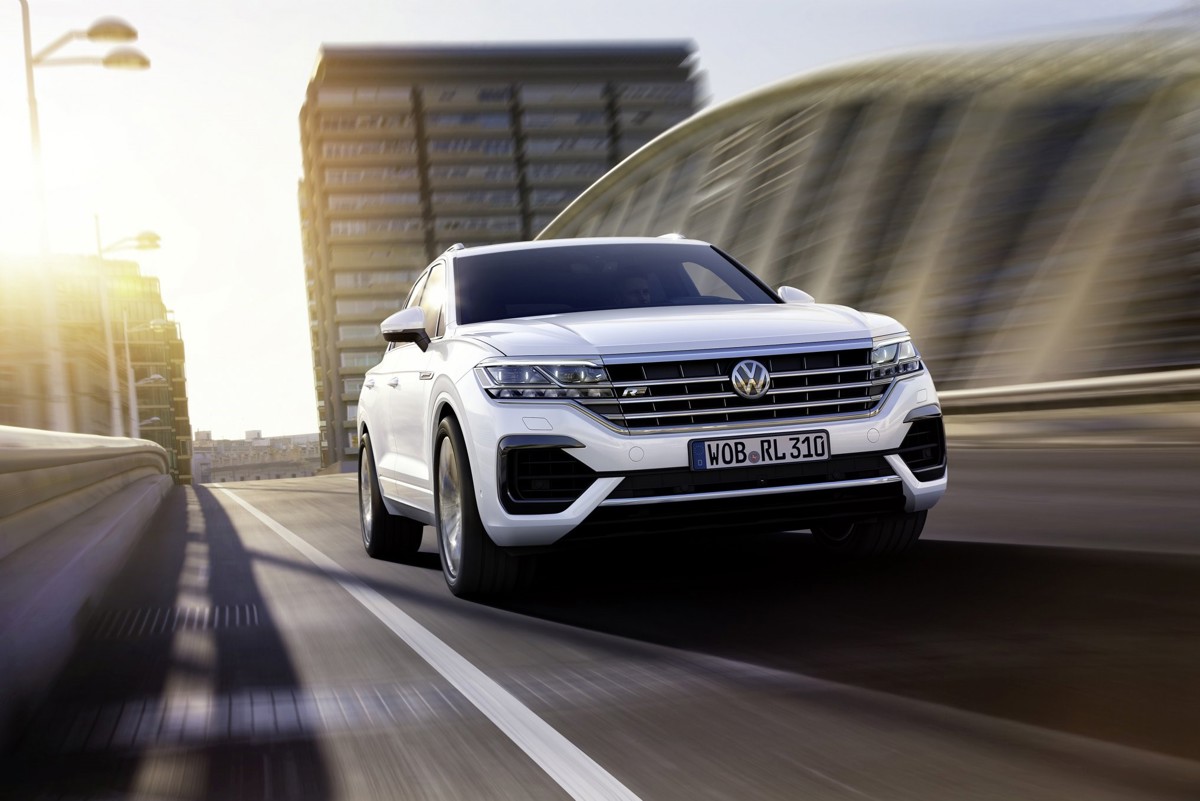 There must be some disappointment that Volkswagen UK is unable to launch the brand’s flagship Touareg SUV with the fanfare of a low-emission hybrid option.

The more stringent emission regulation demands of China and the allure of a market where the brand sold 1.01 million vehicles during Q1 was clearly enough to determine that the 367PS plug-in hybrid version of the new C-segment SUV should be diverted there.

The Touareg is powered by a 286PS 3.0-litre V6 turbodiesel which delivers 40.9mpg fuel economy on the combined cycle and CO2 emissions from 182g/km.

Volkswagen claims a 6.1 second dash to 62mph and 146mph top speed are possible with the assistance of the standard 4Motion system’s all-wheel-drive traction.

A more frugal version with 231PS is likely to join the line up later this year.

Prices, which should be confirmed later this month, are expected to start at around £49,000.

Sales are expected to be split 40:60 in favour of fleet, compared the previous model’s 85% fleet sales.

Measuring 77mm longer (4,878mm), 44mm wider (1,702mm) and with a 810-litre boot, the new model is built on Volkswagen’s modular longitudinal matrix (MLB) platform – shared with the Audi Q7 and Bentley Bentayga – it weighs 2,070kg but reins in its mass with the help of technology.

Four-wheel steering guides the rear wheels five degrees in the opposite direction to those at the front below 27mph to aid agility around town and help achieve a 11.2 metre turning circle (just 20mm greater than a Golf).

Above 27mph the rear wheels turn in unison with the front by the same small measure to aid stability.

Air suspension and active anti-roll bars, which tense when cornering forces are detected, and a locking centre differential capable of channelling up to 70% of the 600Nm of available torque to the front axle, or 80% to the rear, further assist traction and dynamic stability.

Volkswagen’s chassis settings can tune the Touareg’s demeanour through a variety of on- and off-road settings, meanwhile – Off-road+ raising the springs by 70mm, Sport dropping the ride 15mm.

Volkswagen’s new Innovision system brought the dramatic topography of the Touareg’s Austrian launch location into the cabin during our drive.

Combining a huge 15-inch touchscreen with a 12-inch digital instrument binnacle to deliver Google Maps’ sat-nav imagery into the cockpit, the new system is as intuitive as anything we have come to expect of VW’s infotainment systems and was coupled to a new Dynaudio sound system which delivers 730 watts of Dolby 7.1 surround sound.

The Touareg is available in SEL, R Line and R Line Tech trims from launch. Full trim details have yet to be published but it is clear that Volkswagen’s flagship SUV is being positioned as a technological showcase for the brand.

It’s just a shame that – initially, at least – the innovation doesn’t extend to that hybrid drivetrain.