""The sustained and increasing popularity of SUVs, with MPVs seemingly in steady decline in Europe, is creating an evolution in Citroën’s model range."" 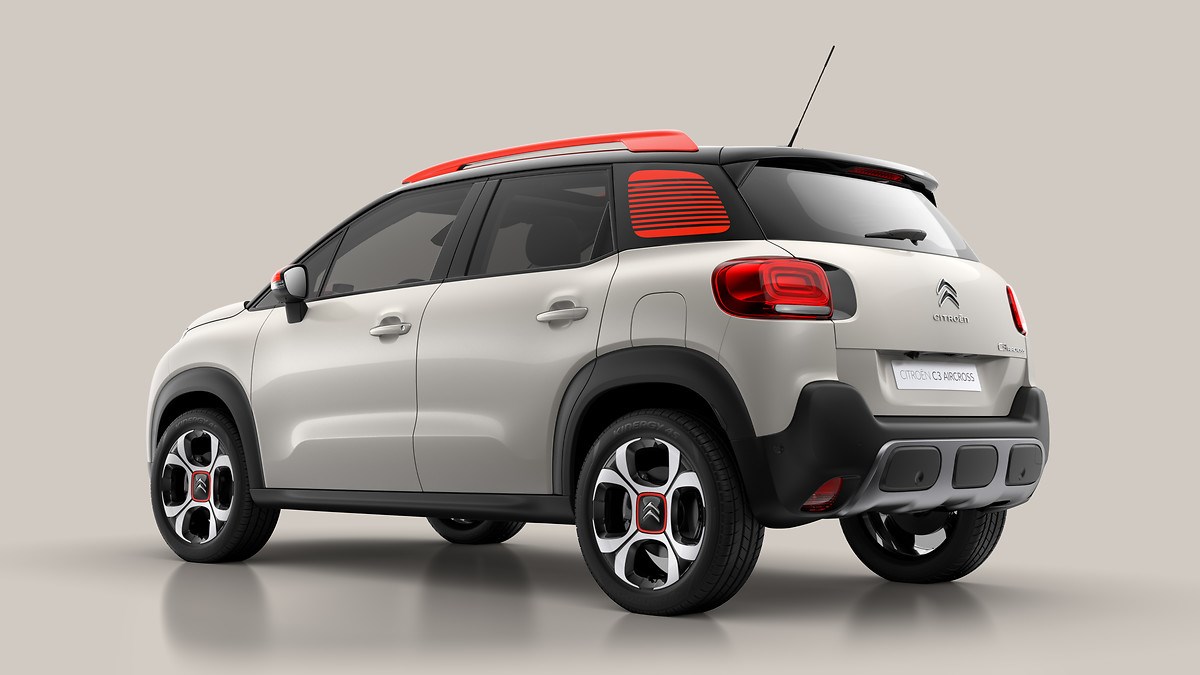 The Citroën C3 Aircross is effectively a replacement for the C3 Picasso.

The sustained and increasing popularity of SUVs, with MPVs seemingly in steady decline in Europe, is creating an evolution in Citroën’s model range.

While the C4 Cactus, launched three years ago, skirted around the edges of the crossover sector, Citroën has firm plans for a family of SUVs.

This is the first time we’ve seen Citroën’s bold grille and two-tier lights front end translated into an SUV, and it seems to work well. Although it has a more rugged look than the C3 Picasso, Citroën has decided not to include the Airbump body protection on this model, which made it’s debut on the C4 Cactus and is present on around 60% of new C3 models produced, as a choice. Citroën’s chief executive, Linda Jackson, believes the car’s personality is strong enough without it.

And people choosing one can express theirs through a combination of up to eight body colours, four roof colours and four colour packs. Steel wheel trims are on 16-inch wheels, while the alloy wheels are 17 inches.

The Urban Red design scheme is meant to offer a more technological character, with a series of contrasting elements dark colours and bright stitching on the dark cloth seats. The dashboard is covered in a leather-like material to complete the look

The Hype Mistral interior is meant to feel more premium, with black leather and patterned cloth, with a leather-look to the dashboard. The air vents feature satin chrome surrounds

The Hype Colorado theme has more soft-touch materials and a special tan-coloured finish on the half-leather seats, two-tone leather steering wheel and dashboard.
While the MPV market is declining, Citroën claims customers expect he same level of versatility from SUVs.

Citroën says the C3 Aircross has the most spacious interior in its segment as well as class-leading comfort. Its 2.6m wheelbase is large for a B-sector SUV.

It also has a 60/40 split and folding rear bench, each part able to slide through 150mm. The front passenger seat can be folded down to transport long objects, meaning the maximum load length can be extended to 2.4m

The boot's standard volume of 410-litres can be increased to 520-litres with the rear bench in the forward position. Total load volume with the rear seats folded is 1,289-litres. The C3 Aircross also features a removable luggage shelf that can be stored in a vertical position behind the rear bench when transporting taller objects. The dual height boot floor provides the option of a flat surface with the rear seatbacks folded down.

The C3 Aircross is available with a choice of three petrol engines, starting with a normally aspirated 82PS 1.2-litre, or a turbocharged version producing 110PS. Both of these come with a five-speed manual gearbox, with a six-speed auto option on the latter. A 130PS version of the engine is offered with a six-speed manual.

Diesel options are a 100PS 1.6 BlueHDi with a five-speed manual gearbox, or a 120PS version with a six-speed manual and stop/start.

Depending on specification, the C3 Aircross is available with a wide range of safety, convenience, and connectivity technology – some of it a first for Citroën in Europe.

There is also a driver fatigue monitoring system, and a two-hour coffee break alert.

It has some off-road hardware in Grip Control enhanced traction front wheel drive, and hill-descent control, but no four-wheel drive option. Most customers will never need it.

Wireless smartphone charging can be used to induction charge a wide range of compatible smartphones. A charging mat is built into a dedicated storage space in the centre console.

Citroën Connect Navhas 3D navigation with voice recognition, as well as connected services such as TomTom Traffic, for real-time traffic information, service station and car park localations and prices, weather information, and a local point-of-interest search function. There is even an accident blackspot warning function

Citroën Connect Box incorporates Citroën’s emergency and assistance system, linked to a specialised assistance platform in the event of a breakdown or accident.

Citroën hasn’t revealed prices, but as the C3 Aircross is in the same market segment as the Peugeot 2008 and is mechanically identical, we can expect prices to undercut the Peugeot slightly and start at around £16,000 for the petrol models and around £18,000 for diesel. The car will be available in the UK in the autumn, with customer deliveries starting in November.