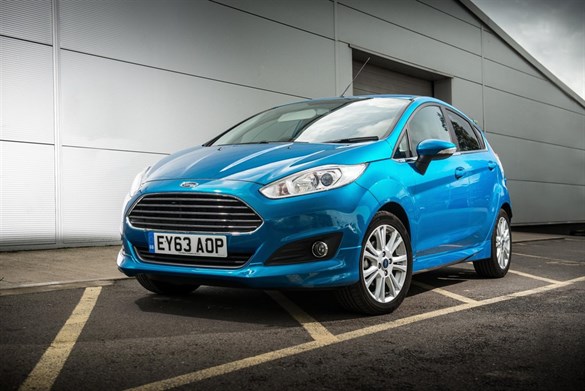 As well as being the UK’s best-selling car overall, the Ford Fiesta is also one of the most common cars in the fleet sector.

Now approaching six years on sale, the car’s appeal doesn’t seem to have diminished despite lining up against ever more competent rivals. It was a car Ford seemed to get right first time when it was launched in 2008 and the facelift at the end of 2012 ensured it was kept up to date.

In a sector where in many cases choosing a diesel engine could be more costly than running a petrol car as the higher purchase price of a diesel version takes far too many miles for the better fuel economy to offset, Ford has made a great success of its three-cylinder 1.0-litre Ecoboost engine.

Ford’s fuel-efficient turbocharged motor was initially offered in the Focus, but was soon added to in the Fiesta with the intention of replacing 1.6-litre normally aspirated engines, offering much lower fuel consumption and
CO2 emissions.

Until recently, however, if customers wanted an automatic transmission, they still had to choose the 1.6.
Ford is now offering the six-speed Powershift transmission – a dual-clutch automatic developed by Getrag – with the 1.0-litre Ecoboost, dramatically reducing CO2 emissions compared with the old 1.6-litre automatic.

Our test car was in range-topping Titanium X trim and used the 100hp version of the Ecoboost.

It had a number of options boxes ticked, including Sony audio system with DAB and sat-nav, a rear-view camera for reversing and heated front seats, helping to bring a big car feel to the compact model.

With a hefty 126lb-ft of torque, the Fiesta felt lively and with a chunky steering wheel and precise handling it was easy to enjoy driving.

Drivers who like manual-shifting autos only have a plus and minus switch on the side of the gearknob, but the Powershift transmission is designed for comfort rather than performance so it probably won’t get much use.

CO2 emissions of 114g/km in our test car are substantially lower than the Powershift version of the 105hp 1.6-litre.

In areas where drivers are mainly urban based, the comfort and convenience of an automatic transmission
are now taken seriously as helping reduce driver fatigue and risk.

The Fiesta 1.0 Ecoboost with Powershift certainly offers a frugal auto option for those drivers.