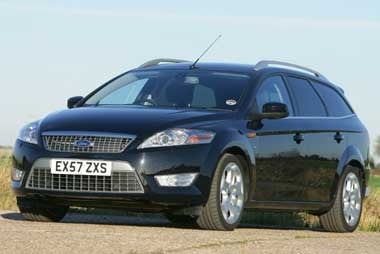 We have reached that stage in our relationship, the Mondeo and I, where each other’s annoyances really begin to irk.

It’s not that I want to end our eight-month acquaintance.

Far from it – the Mondeo is such a great all-rounder that my next long-termer will always be living in its shadow.

But I had hoped, when we first met, that the Ford would not have so many issues.

For a start, the plethora of bleeps, beeps and audible alerts that greet me every time I depress the start button has become very tiresome.

Some manufacturers disable the seatbelt reminder when reverse gear is engaged because it is safer to reverse without being strapped in. Ford doesn’t.

Each morning the seatbelt bleep clashes with the dings
from the parking sensor in a cacophony of electronic noise reminiscent of an early ’90s rave.

Added to this symphony is the audible alert indicating a ‘service oil’ problem.

This is not the first time this warning has sounded. It has already been checked by our local Ford dealer, who said it was a software problem.

They also said it was resolved. Well, it’s back.

Topping off the morning chorus is a new alert that arrived a few days ago indicating a problem with the car’s alarm.

I am going to ignore this until it gets so annoying that I am forced back to the Ford dealer.

So for now, I live through the ritualised dawn electro-chorus until it subsides to give way to James Naughtie’s calming voice.

That is, unless the engine cuts out, which it does with frustrating regularity. It has almost become part of the morning ritual.

Start the engine – audio assault begins – reverse out of space –shift out of reverse – engine cuts out – begin again. Last week, it cut out on a motorway exit slip road, which is more worrying.

Accept these annoyances (except the cutting out, which is now added to the list for the
dealer to resolve) and there are few cars that are as pleasant to drive, as practical, as well equipped and as good looking.

There are cars that are better in one respect – the BMW 3 Series for driving dynamics, for example – but it is the complete package this car offers that has made it such a welcome addition to our household.

Now the 2.0-litre TDCi engine has bedded in, it appears a little more free revving and less resistant. It will never set the heart racing with its performance but as a cruiser it is hard to fault.

On twisting country roads, the limited power band available from each of the six gears does mean a lot of changing to keep maximum power on tap.

So much so that after a while, it is more enjoyable to join a major road, select sixth and cruise.

Soon I will crack and visit the dealer again to have those annoyances resolved.

Then hopefully the Mondeo and I can continue with our perfect relationship, which to be fair is all take on my side and all give on the car’s.#