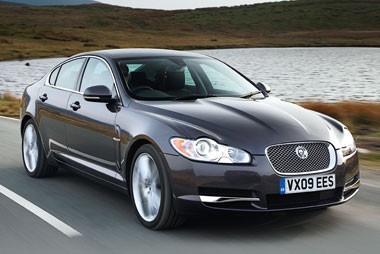 Earlier this year I attended an engine workshop briefing at Jaguar, where one of the company's engineering whizzes talked me through all the technical details on the new V6 diesel engine being offered in the XF.

How I marvelled at the sequential action of the twin-turbochargers, gasped at the intricate nature of the crystal-tipped Piezo injectors and nearly fell off my chair at the valve activation system.

But at the end of the presentation, I was none the wiser on how it all works, although I knew from the figures that all of this very clever stuff combines to create an engine which is far more powerful than the one it replaces, while being more fuel efficient and emitting less CO2.

Dubbed the Diesel S, this new twin-turbo V6 diesel engine delivers 275bhp – a third more power than the 2.7 V6 unit it replaces, yet still manages to be 10% more efficient.

While that latter figure is above the dreaded 160g/km limit, it is still a very impressive figure for an engine of this power level, and it compares well with its executive rivals.

On the road the engine is impressively smooth, churning out big dollops of torque from right at the bottom of the rev range and shifting through the six-speed automatic gearbox imperceptibly.

And all the while you're making serene progress, you are cossetted inside a simply beautiful cabin with a high level of attention to detail.

There's a mix of stictched leather on the dashboard combining with wood veneer and aluminium trim, while at night the pale blue mood lighting makes the XF's cabin beyond compare at this price level.

The only gripes are the lack of steering feel and the crashy ride over poorly-surfaced roads on our test car's 19-inch wheels.

The XF also stacks up well on the balance sheet, helped by a strong residual value prediction from CAP of 29% after four years/80,000 miles.

While much of this is due to the car's impressive all-round abilities, the sheer lack of sales compared to its premium rivals helps too.

Because Jaguar only offers high-end diesels in the XF, it gets nowhere near the A6, 5 Series and E-Class in sales terms.

Perhaps once, or if, Jaguar fit a four-cylinder diesel in the XF it will find far more fans in the fleet sector.

Jaguar is easily the most powerful with 275bhp, while equipment level is also strong.

The executive sector is dominated by sales of smaller-engined diesels, so Jaguar never
makes much of a dent on the sales sheets with the XF.

However, at this rareified end of the market, the XF is an impressive all-round package – refined, comfortable, well-equipped and cost effective. It just tops the BMW.