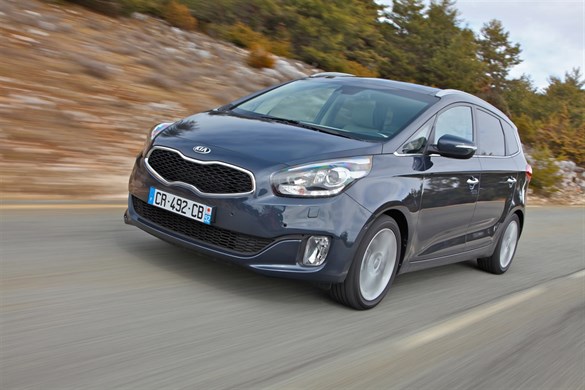 One of the most practical cars produced by Kia is expected to account for most of the South Korean firm's growth in Britain this year.

Extensively repackaged to be smaller overall but markedly bigger inside, the Carens multi-purpose model should represent 4,000 UK market registrations over the next 12 months – 80 per cent of anticipated growth.

“As our major mainstream newcomer, it will be responsible for the lion's share of our plan to lift annual sales from 65,000 to 70,000 units and I'll be surprised if demand doesn't outstrip supply,” commercial director Yaser Shabsogh told Fleet News.

According to Shabsogh, a surge of interest from the contract hire sector is set to win 2,000 fleet registrations for a car that has been redesigned to be sleeker and more spacious despite being shorter and narrower.

“From almost nothing back in 2008, we delivered 10,500 vehicles to the fleet market last year and our focus on contract hire is creating heavy growth – our partnership with ALD accounted for more than 3,000 registrations for the Ceed and Sportage in 2012 and there's no doubt that the Carens will add to this.

“I'm expecting us to be seeking additional stocks of this car from distributors who might have problems selling their allocations in weaker markets,” he said. 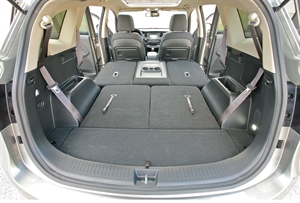 Thanks to its longer wheelbase, the new seven-seater makes extra space available for all occupants in a layout that allows greater versatility based on a second row of sliding and folding seats and third row seating that splits and folds into the floor when not needed. Boot space is up by 71 litres and the front passenger seat backrest can also be folded forward to take total load volume potential to 1,650 litres.

Engine modifications and a stop-start system have cut emissions by 15 per cent and a high sixth gear ratio gives a relaxed and subdued cruising gait. Suspension revisions make for neater cornering without compromising ride comfort.

On sale in May, the Carens is expected to offer trim levels in line with other Kia models. Pricing is not yet fixed, but expect to pay around £20,500 for the expected best-seller - the lower output 1.7-litre diesel version in mid-spec form, which is likely to include air conditioning, Bluetooth, cruise control, power windows and electric fold-flat mirrors and rear parking sensors.

“Kia no longer needs to be aggressive on pricing and heavy on discounts. Our aim is to offer seven-seat transport in a more refined package at around the cost of rivals that have only five seats,” said Shabsogh.