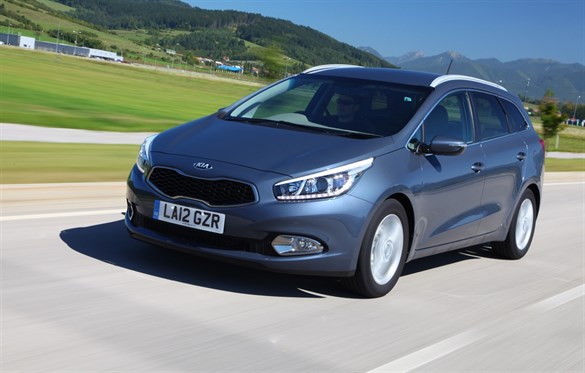 Kia’s true fleet registrations – which exclude Motability, rental and captive sales – increased by more than a third last year. It moved the company up four places to 14 in the sales table.

Although sales to Motability and rental also increased, true fleet now accounts for 43% of Kia’s total fleet sales, up from 40% in 2011.

The Sportswagon accounted for 4,563 units, of which 84% were to fleets. However, the latest estate wasn’t launched until September, so most sales were the old SW. This year – with a full 12 months of Sportswagon sales – Kia anticipates selling around 5,500.

It is right to be optimistic. Quality improvements, particularly to the interior, make the car far more appealing to company car drivers, while the low CO2 emissions offered by our 1.6-litre CRDi test car tick the financial box as well. 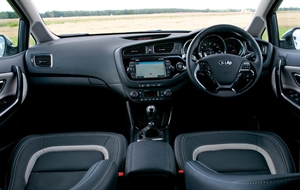 The other key figure, of course, is boot space. Beneath its curvy body, the Ceed Sportswagon offers 528 litres with all seats in place and 1,642 litres with the rear seats folded.

Behind the wheel, the Ceed is refined, comfortable and a solid enough drive. It won’t set pulses racing – 0-62mph comes in a relaxed 10.8 seconds – but it is sure-footed with responsive handling.

The main niggle is the fuel cap. All doors must be unlocked before the fuel filler unclicks (it took a scan through the owner’s handbook to find that out) and watch out for the rubber lock springing out when the cap is open which prevents it from closing; you have to push it back into place to close the lid. 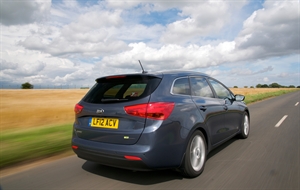 We also failed during our week-long test to get close to the official fuel consumption figures, although admittedly much of the mileage travelled was a 12-mile commute from cold.

That said, 54mpg is around 16% below the combined 64.2mpg, which is perhaps not so unrealistic as a long-term expectation.