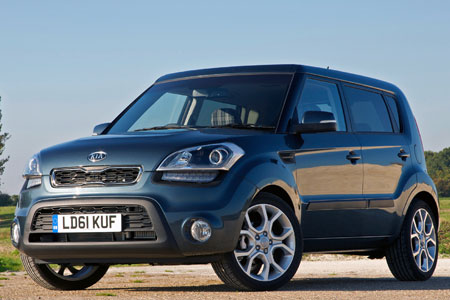 It says much about the progress that Kia has made over the past few years that the Soul feels ever so slightly out of place in its current range.

Under the watchful eye of chief design officer Peter Schreyer since 2007, the Korean manufacturer has made giant strides with latest models such as the Rio and Optima able to trade punches with class-leading cars.

This has been reflected in its impressive sales performances – last year Kia sold 26,096 cars to fleets, an increase of 57.09% compared to 2010.

The Soul’s origins, however, date back to 2006 when the Soul Concept was unveiled before the production model’s launch in 2008, and compared to some of its Kia stablemates, it understandably feels dated.

That’s not to say the Soul isn’t a decent car – far from it. It’s good to drive, its combination of a supermini-size and SUV stance gives it both great visibility and agility, while its distinctive looks still make it stand out on the road.

Its appearance has been further honed by a 2012 revision, which includes changes to the grilles, lights, front bodywork and wheels.

Its vertical rear light clusters have also been restyled and incorporate brake lights that wrap around the side of the car, while daytime running lights now also feature.

More importantly for fleets though, is that the 2012 model also features new or revised 1.6-litre petrol and diesel engines and a six-speed gearbox which lowers fuel consumption, emissions and running costs.

The rear view camera is a particularly impressive piece of technology, and although looking solely at your mirror while reversing is initially disconcerting, it quickly becomes natural.

The rest of the interior has also been updated with a redesigned centre fascia, centre console and new seat trims, and although there is a plethora of black plastic, it all feels solidly put together.

Otherwise, the cabin feels spacious, with the commanding driving position, high roofline and generous front and rear legroom giving the impression of plenty of room.

Another positive is that the floor of the 340-litre boot is flat to the bumper, making loading and unloading easy.