"It’s on-road that the biggest changes are apparent, however. The Defender will happily sit at 70mph and allow its occupants to talk." 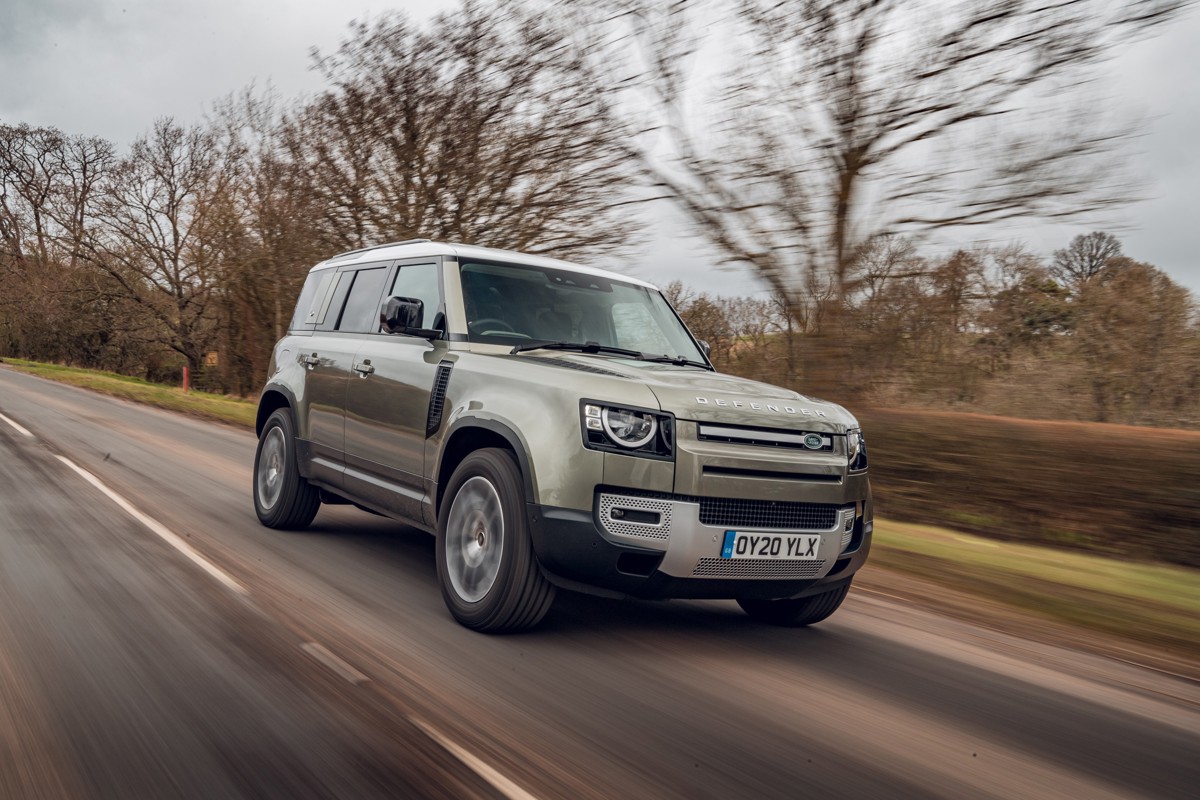 Few cars undergo a thorough transformation from one generation to the next, but the new Land Rover Defender has done exactly that.

The Defender we all know (and mostly love) has, essentially, been the same since 1948 and, after 67 years in production, Land Rover could no longer keep updating the model to comply with new legislation.

A ground-up redesign was required. But, times have changed. The SUV market is not what it once was. Pick-up trucks have grown in popularity, taking the place of the once popular Defender among commercial users, by providing a similar level of off-road capability and practicality.

Meanwhile, demand for luxurious, yet efficient, SUVs that are packed with technology have driven growth in the passenger car segment.

It has a futuristic-looking design, with a host of retro touches weaved into its smart new look. 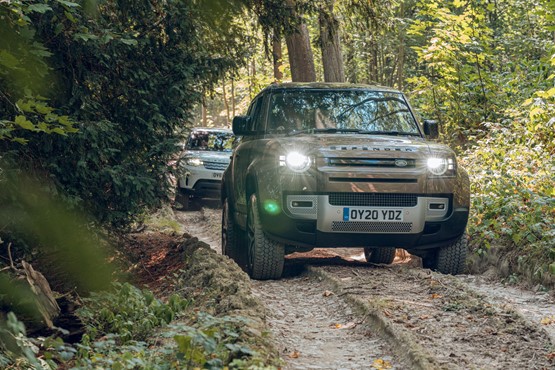 It’s available in three-door ‘90’ or five-door ‘110’ with a range of petrol and diesel engines, as well as a plug-in hybrid.

The range starts with stripped out commercial versions priced from £35,800 (excl VAT). Passenger car models cost upwards of £38,000, but, with an almost endless range of options and configurations, prices can end up beyond £100,000.

There are four core accessory packs available: Explorer, Adventure, Country and Urban. These sit alongside the usual trims of base, S, SE and HSE, plus a hardcore Defender X variant.

The packs are designed to give the car different characters. Urban, for instance, features 22-inch wheels, a front undershield, side tubes and a scrub plate on the rear; Adventure has side-mounted gear carriers on the rear and undershield guards; Country includes wheel-arch protectors and other guards for light outdoor work; and Explorer has a roof ladder, roof rack and anti-glare bonnet.

Other unconventional options include an electronic winch, pet packs for transporting a variety of animals, a portable shower, a roof-top tent and inflatable waterproof awnings.

The Defender can now be kitted out with just about every gadget and feature from across the Land Rover range. This can include ventilated seats, high-end audio systems, matrix LED headlights and adaptive cruise control.

All new Defenders come with an automatic gearbox, powering all four wheels. From launch, two four-cylinder diesels are offered (D200 and D240), alongside a pair of petrols with 300PS and 400PS. From next year, the diesels will be replaced with new six-cylinder mild-hybrid versions badged D200, D250 and D300.

The plug-in hybrid P400e uses a 2.0-litre turbocharged engine and electric motor. It develops 404PS and emits from 74g/km, making it the ideal choice for user-choosers who want some Defender action.

Commercial ‘Hard Top’ Defenders will only be available with diesel engines. They combine a two-seat passenger compartment – with the option of a third central jump seat (90 only) – with a flexible, hard-wearing rear load bay that provides 1,355 (90) and 2,059 (110) litres of loadspace.

Whichever Defender you opt for, they are massive. At more than five metres long, the 110 can accommodate up to seven, with an optional third row of seats.

In a nod to early Land Rovers, the dash is modelled around a central shelf. The 10-inch ‘Pivi Pro’ infotainment screen is central and can be joined by an optional digital instrument cluster.

All the controls are confined to a small panel, which also incorporates the gear selector. Accessing the off-road settings is done using the dual function climate control knobs. We’d rather see independent controls for these features, but it’s likely many drivers will never delve into them. 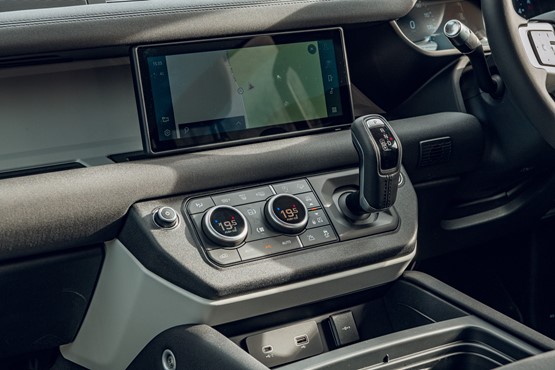 Talking of off-road, the Defender has been designed to offer maximum capability. Optional air suspension allows the ride height to be increased, while the Terrain Response system can adapt to the conditions to provide optimal traction. Buyers can even specify off-road tyres.

It’s on-road that the biggest changes are apparent, however. The Defender will happily sit at 70mph and allow its occupants to talk.

Die-hard Land Rover fans may see the new model as just another ‘Chelsea tractor’, but Land Rover has been clever in developing the model to have greater appeal. The old Defender only amassed sales of around 20,000 units globally towards the end of its life. The desirability of this new model, combined with its greater refinement and technology, should deliver a much-needed boost in registrations both from commercial and company car fleets.