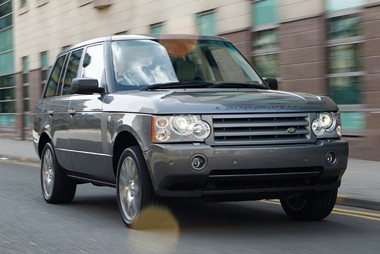 The days of conspicuous consumption are gone. Blatant displays of wealth and success are now about as popular as Tony Blair popping in for coffee with Gordon Brown.

So what’s the beleaguered chairman to do? He or she is still a captain of industry and needs a vehicle to convey the gravitas of their position, yet fiscal, and indeed environmental, concerns must play a part in the decision.

Last year Fleet News voted the Range Rover as its best luxury car, an award which recognises ‘the ultimate car for the successful business leader’.

Of course, this was back at the beginning of 2008, when us mere mortals (and the government) had no idea of the financial chaos which was looming on the horizon.

Fast forward a year and the world is a different place. So can the Range Rover still make a case for itself as the ultimate car for the captain of industry?

In terms of image and luxury, it most definitely can. There is no other car that has such road presence as a Range Rover, and even fewer that can match its breadth of abilities. Not that many do venture off road, but you can be sure it will cope with extreme rough stuff, while being a capable mile muncher on the road.

In common with most owners, I remained firmly on road during my test week, and the experience simply couldn’t be better.
That raised seating position gives a commanding view all around, while that beautifully smooth V8 diesel engine wafts you along.

With a mighty 472lb-ft of torque accessible from just 2,000rpm there’s so much power that it feels like a big velvet glove is picking you up and pushing you along.

There’s also a lovely throaty growl from the V8 under acceleration, although this unit’s bipolar tendency means it remains muted at motorway cruising speeds. The six-speed automatic gearbox shifts imperceptibly which only adds to the high refinement level.

The ride is also very supple, soaking up holes and bumps with ease. The trade-off is in the handling – that comfort bias and high ride height mean that cornering is not the Range Rover’s forte.

But this car doesn’t make you want to drive quickly or aggressively – you simply waft along in comfort and let others on the road get stressed.

Trying to justify this car in purely financial terms is a struggle – it’s big, heavy, thirsty and expensive. But at this level the simple feelgood factor and classic image count for so much.

Big numbers, but we’re talking a lot of metal here. All four models represent prime board-level machinery, although the Lexus’s hybrid price premium (£23,000 extra over a standard petrol LS460) does put it at a major disadvantage at the front end.

The S-Class is the cheapest (but we use the term loosely) in BIK tax, costing a 40% taxpayer £680 a month. The Audi is next at £710 a month for the same taxpayer. The Lexus enjoys a discount for being a hybrid and will cost £715 a month, with the Range Rover last on £788.

The Mercedes-Benz has the smallest wheels (17-inches) so tyre replacement costs will be the lowest. The Audi has 18-inch alloys, the Lexus 19s and the Range Rover 20-inch rims. The Lexus has the most frequent servicing requirement at every 10,000 miles while the Audi has variable service intervals.

The Lexus hybrid is claimed to return 30.4mpg on the combined cycle, resulting in a petrol bill of £7,740 over 60,000 miles. The diesel Mercedes-Benz is close behind while the Audi returns 30.1mpg. The Range Rover’s heft means it returns a claimed 25.4mpg.

Ouch! There’s some serious cash lost here, and in the Range Rover’s case its value is in freefall. CAP estimates it will retain 31% of its cost new after three years and 60,000 miles (last February it was booked at 39%). The Lexus will retain 35%, the S-Class 32% and the Audi 27%.

A significant advantage in depreciation cost terms, plus the lowest SMR bill, spells a convincing victory for the S-Class. It comes in at more than 10 pence per mile cheaper to run than the Audi. The Range Rover and Lexus are hampered by high depreciation.

At this rarefied level cost is not the prime consideration in the selection process, and there will be some chairmen who will insist on having a car no matter what it costs. To this end, both the Range Rover and Lexus put in sterling work in providing business travel at the very highest level, the latter in particular with London-based fleets thanks to its exemption from the congestion charge.

But even the most profligate chairman will have on eye on the balance sheet in these straitened times, so we have to discount them. The Audi is a fine car but it is due to be replaced later this year, which leaves the Mercedes-Benz as the best balance between comfort, prestige and cost.

On the face of it, little has changed, but the upgraded interior makes this a good Sport.