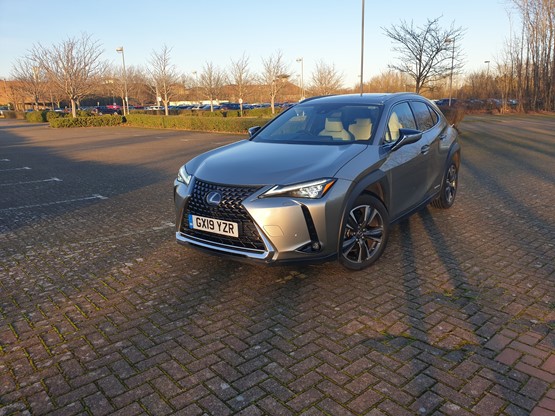 Lexus was late to the party in launching a compact SUV, and its timing may be a little too late as the fleet appeal of such vehicles has taken a significant hit following the switch to WLTP CO2 figures.

The UX is no exception, with the range now emitting from 121g/km. Thanks to its hybrid powertrain, it has fared better than some of its rivals – cars like the BMW X2 diesel now emit close to 150g/km.

During our four-month test, we’ve averaged 42mpg in the UX – impressive considering its 2.0-litre petrol engine.

The place it really shines is on sort urban trips, where most cars – petrol or diesel – really struggle. I could easily get more than 40mpg on my short commute through Peterborough, while our BMW 118i test car struggles to achieve 30mpg.

Priced at more than £40,000, our range-topping Takumi model comes fitted with a multitude of features including adaptive cruise control, electrically adjustable, heated and cooled front seats, a 360-degree camera system and a panoramic sunroof. 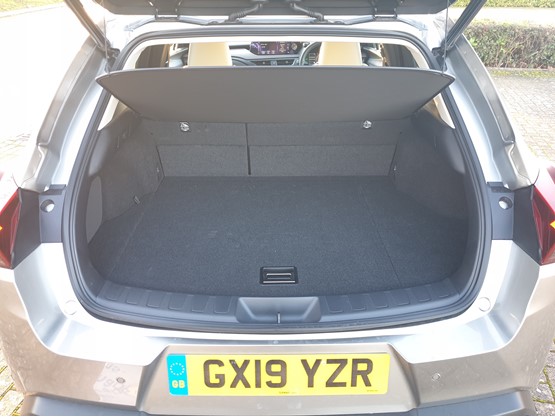 It feels upmarket inside, as you’d expect from a Lexus. The build quality is clearly very high, while the road and wind noise is minimal.

The UX also promises a more sporty drive than some other Lexus models, with a lower seating position and firmer suspension.

Keen drivers are unlikely to be won over though. The powertrain is not particularly engaging and becomes quite inefficient if you drive it hard.

My biggest gripe is with the car’s digital experience. The sat-nav system is clunky and dated, while the partially digital instruments are messy and house a complicated trip computer.

Company car drivers looking for a car of this size might find the plug-in hybrid BMW X1 or Volvo XC40, both of which cost the same, but offer a better all-round package with lower BIK. Similarly, the top-spec Mazda CX-30 GT Sport is more engaging to drive and costs the same as the entry-level UX.

It’s certainly a pleasurable car to live with. Will we miss it though? Probably not.

Lexus UX can "do it on a rainy night in Stoke"

There’s a hackneyed old phrase among football pundits when discussing some of the world’s best foreign players: “Yes, but could he do it on a rainy night in Stoke?”.

It’s supposed to highlight that things always look better when they’re in ideal circumstances and question whether their qualities would still apply in tougher conditions.

That was the case when I borrowed our long-term Lexus UX a few weeks ago. It was a reunion of sorts as I was able to drive an UX on its European media launch a year ago. 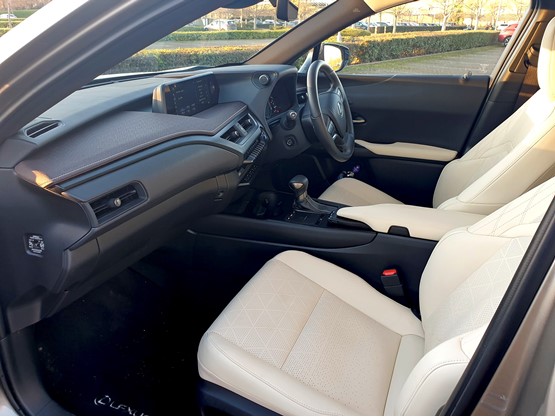 Then, I was impressed with its refinement, ride and the high quality of its cabin’s build, materials and design. However, that was in Barcelona, with its glorious sun and well-maintained roads. This time, I was driving in rainy, grey Peterborough.

Was I still impressed by the SUV? Yes. In my regular, everyday driving, the CV gearbox was slightly better and less rev-happy than I remembered, making the driving experience even more refined than anticipated.

The ride also impressed, while the interior matched the high standards I remembered, firmly establishing the UX as a strong contender in the premium small SUV sector.

Yes, the UX can do it on a rainy night in Stoke.

Having seen some press images of the UX before it arrived at the office, I had, for some reason, decided that the ‘urban explorer’ was not dissimilar in size to the Volvo XC40 I had previously been road testing. Of course, assumption is a foolish endeavor and so when I first set eyes on our new Lexus my first thought was, “oh… that’s quite small”.

The UX is, of course, not NX-sized. It’s the first Lexus to be built on the manufacturer’s new GA-C global architecture platform, with which Lexus is claiming to have created “a new genre of SUV, an ‘urban explorer’ that offers a new take on what luxury means for today’s motorists”. 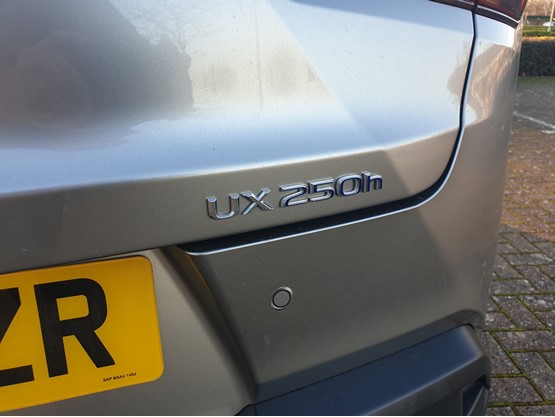 Its compact dimensions mean the UX is a joy to navigate through towns and cities in. In fact, according to Lexus it has the best in class turning circle. By tilting the wheels inward during tight manoeuvres, the UX features a 17.1-foot turning radius, plus its suspension was “specially tuned to enhance agility and ride quality over well-worn streets”.

Our Takumi model also comes fitted with a 360-degree camera, Blind Spot Monitor and Rear Cross Traffic Alert with braking function, all of which combine to further enhance the ease of driving and sense of safety when threading through urban environments.

Of course, a fleet car is likely to spend much of it’s time on the open road, so it remains to be seen how the UX acquits itself on the motorway, but it’s certainly won me over early on; despite being that bit smaller than I’d imagined.

Marketing spiel aside, the Lexus UX cuts a stylish dash in the car park and our top-of-the-range Takumi model looks good in its £850 optional Sonic Titanium metallic paint finish.

In the UK, the UX is offered exclusively with a fourth generation ‘self-charging’ hybrid powertrain. Available in both front-wheel drive (FWD) and all-wheel drive ‘E-Four’ drivetrains, the UX 250h combines a 2.0-litre four-cylinder petrol engine with a 650v synchronous electric motor on FWD models, while the E-Four gains a 216v induction motor at the rear.

Combined total power is 184PS for both variants, with CO2 emissions ranging from 94g/km for FWD vehicles fitted with 17-inch wheels, to 97g/km for those with 18-inch wheels, up to 103g/km for E-Four models. BIK ranges from 22% to 24% respectively, while VED costs are £120 for FWD models and £140 E-Four derivatives. 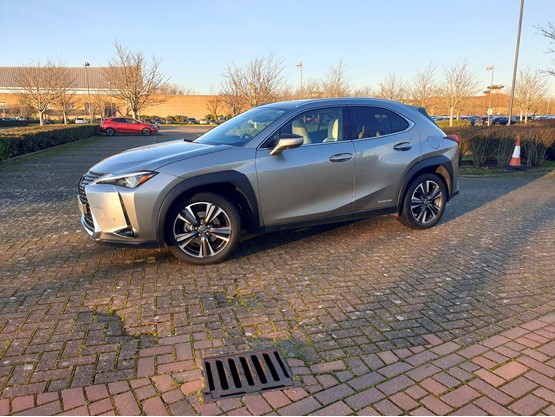 The Lexus UX 250h range starts at £29,905. Three specification levels are available: UX, F Sport, and Takumi. The Takumi has an on-the-road price of £39,105, when the optional metallic paint is included.

I’m really looking forward to clocking up some miles to see just how “infused with dynamic attitude” the Lexus UX 250h really is.

The LS is beautifully made, exquisitely designed and fairly exclusive.